EARLY SMI: Media agency ad spend may not be the pandemic disaster expected 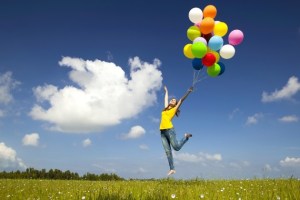 Early reports from media agencies suggest ad spend may not fall as hard as expected during the early days of the coronavirus criss.

According to interim data from Standard Media Index (SMI), the Australian market for the first two weeks of March was down 11% with more bookings and digital numbers still to come for the month.

SMI, which collects data on advertising payments made by media agencies on behalf of their clients, organised special advertising data collections in both the Australian and New Zealand markets on Tuesday night.

This provides the first insight into how the coronavirus has impacted ad spend in the past two weeks.

The net impact for Australian agency advertising in the past two weeks has been an inflow of $17 million in bookings.

"The market is back, but suggestions of 50% or 60% declines will just not happen.

"Some media are tracking well from an agency perspective and many large product categories have continued to grow their media investment in April."

Even if another ad was not bought in the whole of April, the worst case scenario for the Australian market is a fall of 55%.

But there’s a mass of paid ad data coming over the next two weeks and the likely decline at worst will be 25% to 30%.

"If media are seeing declines of more than 50%, that will be more due to the devastating impact of evaporating advertising from the small business sector given much of that part of our economy has closed," Ractliffe says.

"Media agency demand is not falling anywhere near the same level.’"

Ractliffe says television and newspapers appear to be the early beneficiaries of changes to media plans by agencies on behalf of corporate advertisers.

Australia’s national newspapers are already reporting a 30% increase in agency bookings for March and in the last two weeks agency spend on newspapers has grow 14% for the month of April.

In New Zealand, which has been more bullish all year so had a higher level of future confirmed bookings, SMI is reporting a $7.1 million decline in April bookings.

But both markets are now showing similar levels of forward demand in April with the confirmed value of Australian bookings already 46% of that reported in April 2019, and in NZ that figure is 45%. And that’s with more than two weeks of trading still to go for the month.

In both countries television is reporting the highest future bookings of any media, with the value of confirmed TV bookings for April already 57% of that achieved last April.

SMI is reporting a strong increase in April investment from retailers, mostly supermarkets, while insurers, domestic banks and utilities have also grown ad spend since the stay at home message came into effect.

Ractliffe says SMI will update the market on ad demand next week with the release of the usual interim March results for Australia and New Zealand.