Digital viewability standard could move to 100% pixels in 2018 - MRC 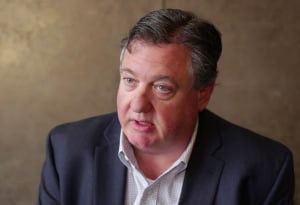 The digital viewability standard could move to 100% pixels this year in an effort to create a cross-platform standard that can be compared to TV and used as a tradable currency, Media Ratings Council chief executive George Ivie has confirmed.

The MRC is working on a new viewability benchmark and plans to roll out this year pending more studies on its impact. Moving to 100% pixels for an impression to count would have a significant impact on publishers and social media platform's ability to commercialise advertising impressions.

Ivie revealed the MRC's plans on pre-recorded video interview at yesterday's AANA Media Challenge event. In an evening that summarised the changing focus of major US advertisers to 'precision marketing' and how they plan to wrest back control, Ivie's announcement about the MRC's plans for viewability will have a massive impact on digital advertising.

At present, the global standard for a digital impression is that a human has the opportunity to see 50% or more of a display ad's pixels for at least one second in a static banner ad or two seconds for a video. On TV, all ads are 100% viewable.

This means that a digital ad that has been cropped in half would currently count as a chargeable 'viewable' impression even if the cropped out part contained branding and important messaging.

Media buyers and other industry leaders have complained the standards hamper the effectiveness of digital advertising, with GroupM taking the decision to only count 100% pixel ads as viewable for its clients.

Opposition to improving the MRC's standard has largely come from publishers concerned that higher viewability benchmarks could reduce the volume of impressions they can charge advertisers and social media networks that score poorly on viewability metrics.

For several years, the MRC has been working on 'making measurement make sense' to help digital measurement become comparable to other media types and make digital advertising "more friendly for brand advertisers”.

“The voice of the Australian marketer is incredibly significant,” Ivie said. “The system is clearly in need of leadership. Left to its own devices and left to the [digital advertising] sellers, they've had custody of an advertising supply chain in digital which is super complex and, quite frankly, costs more than it should in terms of the marketers' spend.

“[My message] is pretty simple for marketers – pay attention, use your voice, call for independent audits, get a little bit into the measurement space and try to understand what's going on and who's accredited and audited, and who's not.”

Ivie said that all publishers and platforms that aren't audited should be held to account by the marketers that pay their bills, and that is the only way to improve standards.

“If the MRC goes and talks to them, we don't write them any cheques. We were talking to Facebook and Google for a while and they didn't come across. But when the ANA said that and when Marc Pritchard said that and well the Wall Street Journal reported issues, it all came together,” Ivie said.

“In the cross-media standard, we're going to be putting digital video up against linear television. Right now we are reassessing the viewable parameters. We're likely to change the pixels standard to 100%," he said.

Ivie said there are “heavily challenging” digital advertising platforms like “news feeds practitioners” complaining that the MRC's viewability standards are “way too draconian for our environment”.

“They say that people cycle through their news feed environments so fast that if they see an ad for a millisecond, it should count,” he added, later revealing that a lot of the initial resistance came from Facebook, but both Google and Facebook have changed their tune to work more collaboratively with the MRC.

“Personally, I don't believe that, but we have these debates like that still going on. Once I make the standards even more demanding, those debates are going to come forward.”

However, he admits the MRC still needs to do more empirical research to “force 100% pixel standards on the digital environment”.

The MRC's objective is to bring to market a cross-media standard by the fourth quarter of 2018.