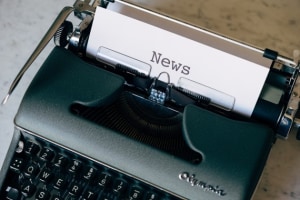 The first release of readership figures produced by Roy Morgan for ThinkNewsBrands show news reaching 97% of the Australian population aged 14+.

Measuring all news brands (print and digital) and digital news websites, 20.4 million Australians consumed news in a four-week period, an increase of 1% compared to the same period last year.

Digital news maintains its position of strength with readership of 19.1 million, 90% of the population aged 14+.

ThinkNewsBrands General Manager Vanessa Lyons: “With all of us feeling the impact of the ongoing Covid health crisis, trusted, timely news has never been more important.

"This is very clearly reflected in the first release of Total News readership figures which shows news maintaining robust audiences.”

In April, ThinkNewsBrands announced the appointment of Roy Morgan to measure news readership and the retirement of emma (Enhanced Media Metrics Australia).

Lyon: “The move to Total News, produced by Roy Morgan, brings clarity to the industry as all advertisers, agencies and publishers can now rely on one audience metric for news, enabling better campaign investment decisions through simplified media planning tools.

"Within the Roy Morgan ecosystem, news as a media channel is now more clearly presented and displayed similarly to other channels with this level of reach.”

Roy Morgan CEO Michele Levine: "We’re pleased to be working with ThinkNewsBrands to measure and report Total News. Since our appointment, we have been busy behind the scenes creating simplicity for channel planners and clearly representing the reach and scale of news among all Australians.

“This is a great step forward for the industry with news now displayed as a stand-alone media channel inside Asteroid, the most used planning software. This enables media planners to easily assess the reach of news relative to other channels.”

Audience data is based on the last four weeks averaged over the 12 months to June.