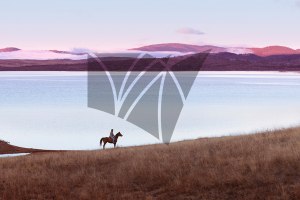 Destination NSW's new tourism campaign positions the state as a destination capable of re-energising and reawakening.

Vast and eclectic NSW landscapes and cultural encounters feature as part of the new brand creative, which includes a 60-second, 30-second and 15-second TV spot.

The TV spot features Nina Simone’s 1965 track, Feeling Good, re-recorded by NSW artist Azure Ryder and producer duo Breathe, as well as a performance by Bangarra Dance Theatre. Additionally, a series of seven Feel films will be released as part of the campaign, each exploring some of the individual feelings a visit to NSW can provide to travellers.

“We’re extremely proud of the partnership we’ve built with Destination NSW. We’ve built an ambitious brand platform that is the first time NSW and Sydney have been brought together under one, holistic idea," says Walker-Smith.

"Feeling new is something that we all can relate to, and we’re delighted to be bringing this work into the world as we all start to look beyond the narrow horizons of lockdown. We’re all ready to ‘Feel New’ and there is no better place to do that than in NSW."

Leo Burnett ECD Andy Ferguson says the films and imagery are designed to immerse the audience in what it truly feels like for a visitor to NSW.

“NSW is a uniquely diverse place. A collision of culture and nature. Of bustling city and wilderness. That’s what makes it so special, but it also makes it a challenge to promote. So, rather than leading with activities and destinations, we focussed on the myriad of feelings you’ll experience on a trip to NSW," Ferguson says.

Havas Media Group head of integrated strategy and planning Nick Kavanagh says the ambition to make NSW the destination of choice drove the development of the campaign’s media strategy.

"Our ambition for New South Wales is to make it the travel destination of choice," Kavanagh says.

"In doing this we have sought to deeply embed our communications in culture; spanning everything from a highly sophisticated multi-screen planning approach to innovative partnerships that will highlight all the attributes that make this state such an incredible place to visit.”

The campaign launch will be spearheaded by high impact channels to drive awareness.

Minister for Jobs, Investment, Tourism and Western Sydney, and Minister for Trade and Industry Stuart Ayres says now is critical time to market NSW as the feel-good state: “This campaign sums up all the things I love about our State. It invites everyone to get out and appreciate the beauty and wonder of NSW and promises a return to the excitement and adventure that we all need to feel new again.”

“‘Feel New’ is a brand platform for NSW for the long term. Other campaigns will be developed to work within this brand framework, such as our upcoming recovery campaign, which will launch in November to drive conversion to support tourism recovery, but it will lean in and support the ‘Feel New’ message and position,” says Cox.