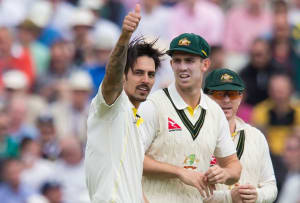 The Australian Financial Review is reporting the agency, which went under in 2014 and specialised in outdoor and experiential executions, is being investigated over allegations it may have routinely and deliberately overcharged some of its clients by overstating the scale of their advertising campaigns.

These allegations are being looked at by NSW Supreme Court-appointed special purpose liquidator, Nicholas Crouch of Crouch Amirbeaggi, with the AFR outlining that Crouch has reached out to about 70 creative and media agencies to ask whether these shops had ever directed Ambient to provide less advertising than asked by their clients. With this aiming to help Crouch ascertain if Ambient deliberately committed fraud.

"We have undertaken an investigation into the advertising contracts. In 80% of cases tested in a sample of contracts, there is a discrepancy that suggests clients have not been given what they paid for," Crouch told Fairfax Media.

Fairfax also spoke with former staff members of Ambient, with one saying: “On many occasions I would get feedback from my clients that they could not find their posters in the markets they had ordered. On occasion I would drive to the sites the posters should have been displayed and I could not find them.”

According to the AFR, early investigations indicate that Ambient's clients may have paid for up to $1.6 million of phantom advertising, involving street posters ordered but never actually produced.