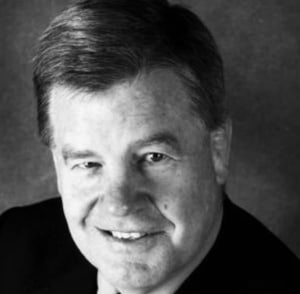 David Leckie, once described as the last of the rock star CEOs, and a former chief executive of both Seven and Nine, has died. He was 70.

His family said: "With immense sadness we advise the passing of our adored and much- loved husband and father, David Leckie.

"David passed away at Mulberry Farm, Robertson, after a long illness this morning. He was surrounded by his loving family."

He left behind his wife, Skye, and sons Tim, Harry and Ben.

He will be farewelled at a small, private funeral due to COVID restrictions. The service will be live streamed.

A celebration of his life will be held as soon as possible, following the lifting of restrictions.

The family said: "David was the eldest son of Ron and Joyce (deceased) Leckie, brother of Stuart and Ian Leckie, and uncle to nine nieces and nephews and great uncle to four great-nieces and great- nephews.

"He was educated at Newington College and Macquarie University.

"David Leckie was a profound force in the Australian television industry, with an executive career spanning 40 years from 1977 to 2017."

Mike Sneesby, CEO of Nine: "David Leckie was a giant of television. He contributed enormously to the success we all shared with him here at Nine, his instincts and leadership heralded the golden era of Australian television.

"He adored his family and so many of us stayed in touch as a friend even after he left. He set the culture of excellence at Nine that still exists in our DNA today and we thank him for that.

"We extend our deepest sympathies to wife Skye and his two sons Harry and Ben Leckie."

Seven West Media Chairman, Kerry Stokes: “I had a close association and friendship with David for more than 20 years and finally enticed him to Seven in 2003, when he started the difficult process in turning around the network’s fortunes.

“David achieved the turnaround quickly and effectively, building a winning team, financial and programming model, which delivered us leadership of the TV industry for many years.

“He had a magnificent grasp of television and what people wanted to enjoy, whether it be news and current affairs or light entertainment programming, and he achieved success in every aspect of his leadership of Seven. He leaves a great legacy and I pass on my sympathies to Skye, Harry, Ben and Tim and the rest of his family, who he loved very much.

Seven West Media CEO James Warburton: “David was a true legend of the Australian media industry and a loved part of the Seven family. Everyone at Seven will miss him enormously.

“Inspiring, engaging, loud, passionate and famously difficult at times, he was an extraordinary sales person and an intuitive TV programmer. Without a doubt he was the best TV executive this country has ever seen and an important influence and mentor for so many people and careers. He was once labelled the last of the rock star CEOs and I’d say that was a pretty good description.

“David was the reason I got into television and was a great friend. My heartfelt sympathies go to Skye and their boys. There will only ever be one David Leckie. It was a great privilege to have known and worked with him.”

As CEO of Nine Network from 1990 to 2001, he cemented its leading position in the television industry. He joined Seven Network in 2003 and led it to the number one position in ratings and revenue with a powerful line-up of news, sport and entertainment content.

Leckie had a strong understanding of what Australians wanted to watch on television, a long track record of mentoring media executives, and a lifetime passion for rugby.