Darren Woolley to step back from TrinityP3 in Australia 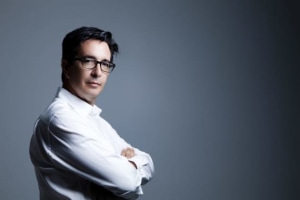 Darren Woolley, founder and managing director of TrinityP3, is stepping back from the day-to-day running of the business in Australia.

Nathan Hodges, who has been with the business since 2010, will take over as MD of Australia and New Zealand. He will have an equity stake.

Lydia Feely has also been appointed as the first managing director of Evalu8ing, the company’s spin-off supplier management business, to “place more focus on collaboration, engagement and performance”. Feely has worked with Trinity as business director for several years.

She says the intention is to roll out the Evalu8ing offering, which provides a diagnostic tool to evaluate and measure business relationships, beyond marketing teams as a broader business application. It will also be offered to agencies for the first time – where it was previously only used by clients.

David Angell, general manager, will continue to run the media side of the business.

Hodges says the leadership shift doesn’t represent a change in how the business operates, more an evolution and continued expansion of the consultancy side of Trinity.

Woolley will instead focus on expanding the business overseas, paying attention to the UK and US markets, although he will remain based in Australia for the foreseeable future.

In May the company began operating in the UK under a JV arrangement with local player Bill Merrick running the business. Plans are afoot to do the same in the US in Q1 next year. Merrick is a former Ogilvy and Mather worldwide MD and set up his own consultancy two years ago.

Trinity says the firm has had increasing interest from the UK and US and has built a reputation as a marketing management business through its content, with more traffic to its blog coming from the US than Australia over the last year.

The challenges marketers are facing in the US and UK are the same as those faced here, but on a massive scale, Woolley explains, suggesting that the opportunity for the business in the US is 10 times that of the Australian market, purely because of the scale.

Woolley tells AdNews that since June this year and an intuitive foray into the UK market, Trinity has picked up four major projects out of the region - including one to address digital transformation for a global brand, and another to develop a model to help a global brand’s teams in local markets manage their own strategy.

The business also has interests in Singapore and Hong Kong where it has operated wholly owned divisions since 2008.

Woolley, who is known as an outspoken figure in the agency landscape, says while the company is commonly referred to as a pitch consultancy, only 20% of its business comes from activities related to agency pitches. The bulk of its work is in marketing led business and organisation transformation.

Angell adds that often, when a client contacts TrinityP3 to begin a pitch process, after a period of consulting work they present a number of alternatives which are more likely to be a change in business process than a pitch.

“Pitching is not always the answer and its stressful for both marketers and for agencies,” he adds.

That perception is one Trinity struggles to shift in the local market, but overseas markets which have only known the business in recent years, recognise that aspect of the business more readily.

“Here we have the legacy and people think of us as what we did 10 years ago … but in the UK and Europe we’re known as a marketing management consultancy,” says Woolley.