Dan Sinfield on his move to Facebook: 'I'd lost touch with media' 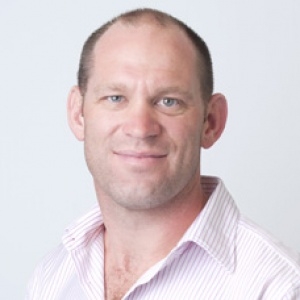 Since joining the social media juggernaut earlier this year, Facebook head of CPG Dan Sinfield said his perception on both the platform and his former life as a media agency boss has completely shifted.

When former the Carat Sydney MD departed the agency at the end of last year, questions were raised as to how Facebook was planning to build its executive team.

Speaking to AdNews, Sinfield said the company is making a play for more specialised skillsets to meet the growing demands of the Australian media market.

After leading Carat operations for three years, Sinfield said he had "lost touch" with the media and marketing side of the agency and had become bogged down in management, internal issues and the pitching process.

Those three issues, coupled with a despondent attitude towards his next step as an executive in a major holding company, led him to join Facebook.

"I'd had quite a linear path through agencies and I really enjoyed all of my different experiences and careers through agencies but kind of felt like the next step for me wasn't one that I was dramatically excited about, which would've been a role at the CEO level or into a specialist investment role," Sinfield said.

"Those three areas of my role as MD took me a little bit away from solving business problems for clients and that was only going to be elevated by moving up to the next level. That was something that I wanted to move away from."

He said that was when he began to consider the media owner side of the industry and found himself jokingly "drinking the Kool-Aid" at Facebook.

"You go from thinking that this is an evolution of your media agency career into a media owner, to suddenly arriving in the US and realising that this is a tech company, with developers not media executives walking around everywhere," he said.

The biggest difference between Facebook and media agencies is the way the two transact media, Sinfield explained, with agencies relying on an older model that can be "time-consuming".

While he acknowledges that some may find it over the top, he said Facebook is much more consultative in the way it works with clients, media agencies and creative agencies.

"On the agency side, that transaction of media is a multi-layered process that is still quite manual in the many ways that it's done and you have these multiple hierarchical team members, staff goes from very junior to senior, which impacts the overall buying strategy," he said.

"That contrasts with Facebook which is a self-service tech platform. The algorithm and the systems constantly optimise and you set up how you want to buy, meaning that level of emphasis put on the point of transaction in media agencies doesn't happen at Facebook."

While clients are dealing with a smaller team within Facebook, the platform's strategy to poach people from multiple media backgrounds including consultancy, creative, media and marketing has created a more experienced team that can better handle the changing nature of client expectations, Sinfield argued.

"You're dealing with more experienced people, all of whom have a voice and a valid input within the organisation, whereas agencies are more about training people up," he said.

"There are employees here who come from a consultancy background - CMO's of banks and more, which has created a melting pot where it's far more strength based organisation about finding the right person to create more advanced client solutions."

Addressing the controversy surrounding Facebook, following the recent data privacy scandals, Sinfield said he himself was guilty of once "pigeon holding" the business. However, his role has allowed him to "scratch beneath the surface" and see the positive influencer Facebook can have on building brands.

"When you actually take the time to find out a little bit more about general elements of what Facebook does as a platform and what it doesn't do as a platform, those facts create more of a positive story, but because we're at that moment in time where there's a lot of controversies, then the good things don't seem to show," he said.

Sinfield added that when it comes to the questions surrounding the platform's value for advertisers and return on investment, he believes agencies and some clients are ignoring the valuation metrics that prove its worth.

"The one thing that I've noted and learned over this period of time is agencies should try base their original thinking around what they are trying to achieve as a business outcome and then measure it accordingly, especially if it's an effort to convert sales," he said.

"Facebook is not working solely off proxy media metrics, it's very easy to get lost in the world of obsessing about Target Audience Rating Points and not rise above the whole piece, but I'd encourage people to try and hone in on the metrics that correctly reflect brand awareness and sales."