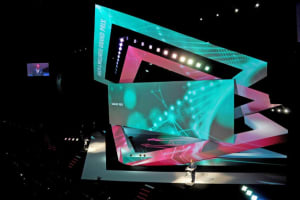 Clemenger Melbourne's Graham continues to be the man of the Cannes party, raking in nine Lions overall last night, including Grand Prix in Cyber, where three of the top awards were handed out instead of the single one.

Clems' Hungerithm stole the show, picking up 13 Lions overall including Golds in Cyber, Direct and Mobile.

But, Meet Graham missed out in the Innovation category where it didn’t pick up metal.

No Australians won in the Innovation Lions category, a blow to Marcel which was short-listed for Air-Ink for Tiger Beer, as well as Saatchi & Saatchi's Rescue Rashie for Westpac.

CHE Proximity's Hearing Test in Disguise for Cochlear took home one Silver and one Bronze in the Cyber Lions, while R/GA's Through the Dark for Google won a Bronze in the category as well as one Bronze Mobile Lion.

The Monkeys' Out of Office Travelogue for Qantas, BMF Sydney's You've Gotta Have A Team for the Football Federation Australia and McCann Sydney's A Table to End Hunger for The Hunger Project each won one Bronze Direct Lion.