Creative Focus: Should the TVC be afraid of Facebook? 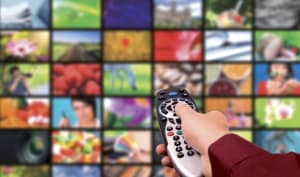 Should TV be afraid of Facebook?
This article first appeared in AdNews in print. Click here to subscribe to the AdNews magazine or read the iPad edition here.

Facebook wants TV’s ad budgets. It wants them now. And to get them, it has introduced a bunch of glittery lures with new bestie, Nielsen. Is it kidding itself or is it a contender, Candide McDonald asks.

If we chose to listen to all the doomsayers, the poor old television commercial should have been afraid of just about everything and everyone over the past 15 years or so. From almost the first day the internet came into being, and the ‘digital age of advertising’ was born, so-called experts have been administering television’s last rites on an almost daily basis.

The question should not be whether the 30-second TVC should be afraid of Facebook, but whether or not it should be flattered. After all, imitation is the highest form of flattery. Aren’t many pre-rolls essentially lazy television ads? Clients today still insist on television as part of their campaign spend. Why? Because people with money watch television.

Australia is one of the most rapidly ageing populations in the world, due to decreasing fertility rates and increasing life expectancy. We currently have considerably more people over 40 than under. And considerably more people over 40 watch both television and use Facebook. Also, the fact that Facebook is apeing many of television advertising’s pre-existing metrics, like Target Rating Points, only serves to demonstrate what a powerful medium television is. Surely way too powerful to be threatened by a mere website.

Maybe one day, television will indeed be overtaken by social media and digital advertising in its various forms. And it would be naïve to think that this process has not yet begun. But to paraphrase Mark Twain, reports of its death are greatly exaggerated.

At home, I flick between my Facebook, AppleTV, Netflix, YouTube and free-to-airstations. We’re being slowly conditioned on Facebook to native content and I’m not sure what’s more annoying. An ad disguised as entertainment or an ad interrupting my entertainment.

It isn’t much of a contest really. I mean, there’s no doubting Facebook has the user-data advantage and that’s what makes its video targeting sharper and more effective. According to estimates, digital video spots are already a third of all ad spends globally. That’s phenomenal, when you consider the time it took to get there.

Advertisers are mighty happy with the measurability and the click-through rates.Facebook is happy it’s turning out to be way more lucrative than expected. And the investors are saying, ‘I told you so’, in a loop. But, should the TVC be scared? Maybe not.

My hunch is the TV spot will gradually evolve into becoming an event. A grand stunt. A big ticket, one-off stroke of creative brilliance that’ll make Facebook videos suddenly look like boring ads.
We’re already seeing signs of that with the Super Bowl exploits of brands like Newcastle Ale. One ridiculously expensive spot that’ll cost some brands their annual budget. One incredible stunt. And the conversations spill over into social media and news and … you know how it works.

In some ways, it’s the antidote to the ‘always-on’ advertising model. This could be the ‘twice-a-year-on’ advertising model. Of course, that’s assuming there will be an irritating clutter of brands riding the video wave on Facebook soon. It’s the way a medium evolves. From a niche to mass, and then back to finding a niche, until that niche becomes mass again. Just a hunch.
I could be wrong.

Facebook continues to roll out new features at a rate faster than most marketers are able to keep up with. The latest feature release is squarely targeting Google’s dominance in video advertising formats.

Video on Facebook has increased exponentially since the company announced its future as a video platform in early 2014. Key critics such as ComScore’s Gian Fulgoni, however, don’t believe Facebook’s auto-play formats have the same brand impact as YouTube’s user-initiated videos.

These new feature releases are a response to these concerns within the media industry. The real question is whether TV advertising is collateral damage in the war between two digital juggernauts. After all, the entire market capitalisation of Australia’s TV industry is insignificant compared to the value and resources of either social platform.