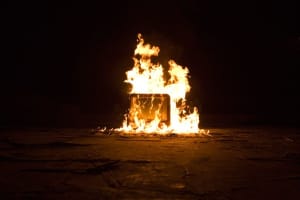 It has been a year in which adland began to realise that “outside the square” really doesn’t have boundaries. That the adage "ideas can come from anywhere", means anywhere inside or outside the agency.

Jason Mendes, who spent eight years at Saatchi & Saatchi Sydney, and is now regional creative director of S&S Nordics, found out that working hard and being called a kok are good things.

The last Creative Focus in tomorrow's print edition for the year looks at the changes that change has brought to creatives. Here’s a preview.

Wilf Sweetland, managing partner at The Sweet Shop, did more than have his company named Production Company of The Year at the New Zealand Axis Awards and a Standout at the Creativity and Advertising Age Production Company A-List. He became chair of AWARD. And the AWARD Awards became the advertising industry’s showcase at Semi-Permanent.

“Our biggest change this year has come as a result of our offices around the world. The access that our directors have had to creative in markets other than Australia, means that we are seeing great creative from not only Australia and New Zealand, but the US, UK and Asia also. This brings flow on effects when working with Australian agencies by being able to show fresh work when talking about craft.

"Establishing our Sydney office has also been a fun part of this year - being in Sydney full time has allowed me to strengthen relationships in meaningful ways. Topping off 2015 for us, was the very humbling experience of being given the honour of becoming the next chair of AWARD. It’s an organisation that I am very passionate about - I was thrilled to be asked to lead it. Over the last two years, the committee has been working hard on a number of initiatives that are coming to fruition in 2016 - the first of which is a deepening relationship with Semi-Permanent - it is a very exciting time for AWARD. Here’s to 2016!”

Jerker Fagerstrom, executive creative director, DT, moved to Australia from Stockholm. That wasn’t the only change he confronted.

“Trying to keep up with the speed of innovation and use of technology is becoming impossible. A year ago no-one had heard of Periscope, and who thought 12 months ago that for every person who watched the VMA’s on MTV/VH1, two would watch it on Snapchat? Thus, the biggest challenge for anyone today is to manage change.

"Thankfully, everyday I’m surrounded by 200 or so extremely talented people within the agency who not only have individual and unique skill sets, they also have unique passions, near obsessions, with all sorts of obscure things. Being able to tap in to all those curious people for inspiration and guidance is critical when solving problems our clients are facing.

"Therefore, the biggest change this year is also our biggest opportunity, and that is to truly change the traditional top down way of working in creative agencies. The old idea of a know-it-all creative leader sitting at the top making all the decisions and giving direction needs to be flipped on its head. Instead, the successful creative leader is one that invites as many opposing skills to the team as possible and asks them to improve on each others’ thinking.

For more on this topic, take a look in tomorrow's print edition of AdNews ...