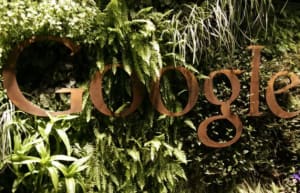 Tech firms like Facebook and Google have been poaching adland’s best and brightest for some time as they look to inspire creativity – and therefore marketing dollars – onto their platforms. But can the type of creativity that advertising is known for thrive in a tech environment?

Facebook has made no secret of its attempts to bolster its creative ranks both here and overseas – and it appears to be working. Top creatives with top reputations are making the jump to the tech giant, as it looks to improve the work it and others create for its platforms.

It’s also not the only one. Google has led a long term poaching of adland talent. Spotify has also followed suit as it looks to improve marketing on the platform, with new global creative director, Alex Bodman, noting he’s looking at bringing the best and brightest from the advertising industry into its fold.

The talent these tech firms are hiring is unquestionably top shelf, but what about the work? Can tech firms mimic the role of ad agencies just by hiring from its ranks? Can creativity thrive within a tech giant?

As always, we ask the experts.

Lauren has led strategy and ideas at Ensemble for four years and has worked in various capacities across the media and creative industries for 10 years. Her mantra is, “Always do a bit better than your best”.

Creativity is a subjective judgment. The tech giants know this well because their focus on invention and evolution relies on creative problem solving. So the notion that they might hire creative heavyweights to bring a different perspective to solving their business problems might be a creative stroke of genius.

This is where said creative genius comes in. They bring with them an innate understanding of how to make heroes of brands through relevance and context.

Inside a tech giant, the ECD needs to act as the bridge between the product developers who will prioritise user experience over all else and the commercial sales team who will sell the platform to within an inch of its life. This isn’t an easy job and probably wouldn’t suit the ego-centric ECD of yesteryear.

If the ECD is successful in finding a relevant and attractive role for a brand to play on any given digital platform, they will be worth every cent their employer pays them. They’ll develop solutions that act as a magnet for the platform’s users as well as the brands that want to reach them.

Brands will reap a more positive outcome from working with someone who understands the importance of branding but also knows how to maximise the platform they’re working with. The industry should view this as an opportunity to push creative boundaries rather than a threat to the ‘way things have always been’.

Sinead writes ads by day and bedtime stories at night. She has a few awards on the shelf and her fiction has been published. When not writing about herself in the third person, she pens film scripts, essays and the odd art review, while undertaking a PhD at UTS.

Creatives need to create things, if we can do that within the constraints of corporate behemoths like Facebook and Google, and still sleep at night, then why not? A lot of us also have adult ADHD – when we get bored, we move on – so we’ll know soon enough if the big hires are thriving, or not.

Most creatives I know yearn for a lab, a shed or a yurt to play in and from the outside, Team Google looks sexy. It’s like being invited inside a giant nerdy playground where crazy smart people tinker and torture ideas and invent cool stuff. Google X’s self-driving cars, clean energy, global disease-fighting and radical death-defeating 'moonshots’ are just some of the projects that will make the world a smarter, kinder, healthier place. That’s the future of advertising.

From what I hear, the Facebook Creative Shop is pretty amazing, especially with its acquisition of Oculus Rift and ventures into the metaverse. That said, given its new positioning as a video platform, it’s disappointing that some of Facebook’s advertising principles are the enemy of good storytelling. Hiring top-shelf creatives is the best way to help Facebook ‘get’ good creative and make all our lives easier. We’re lucky to have great ad people within the belly of the beast.

Is it a better creative opportunity for those within? The award jury is still out.

Jon started his creative career in an era when everything was analogue apart from Casio calculator watches. In fact, it was so long ago, he can still remember the sound of a 56k dial-up modem connecting. That said, he now wears an Apple Watch.

Creativity can thrive as long as everyone’s on the same page as to what ‘creativity’ means. You only have to chat with a few clients, media folks, film directors or copywriters to be reminded that our industry’s favourite ‘c word’ has numerous contexts.

And now, with the inclusion of all the programmatic analysts, data designers and social campaign architects creativity has seemingly become interchangeable with ‘innovation’ and ‘technology’.

It feels like our role to make things simpler is getting increasingly complicated, nothing really has changed in the communications industry. .

Creativity will flourish within the big tech companies if the growing band of agency ‘creatives’ being lured there are permitted to genuinely create, rather than just colour in the pixel perfect ad templates their platforms offer.

Facebook, Twitter and Google etc are merely a blank canvas like newspaper pages, the airtime between radio songs and TV screens that preceded them. It really is up to creative people to surprise and entertain consumers. Technology in itself is nothing, it’s all about what you do with it. Content will always wins over coding.

And this brings us to another equally important ‘c word’ – collaboration. Unless the tech giants understand the fragility of creativity and their need to nurture ideas, from every area of their business, it won’t thrive. It’ll whither away like MySpace, Friendster and Yahoo!

Luke has over 15 years industry experience in media, marketing and content, working across platforms for brands such as Sony, ANZ, Coopers and Austereo to name a few. Luke also writes for the TV series ‘Rockwiz’ and is a published author.

Creativity can exist anywhere and is essentially a product of talent, training, hard work and experience. You don’t necessarily need foosball and beanbags to ‘let the art flow.’ So basically – yes, creativity can flourish within the tech giants, if they get right. It just depends how big the ‘if’ is.

Having the right environment is absolutely critical to sustaining creative output in a business context. Getting the right sort of creative people for the organisation is also key, so having great HR is crucial. Some creative types will thrive within a more structured environment and some will instinctively fight it.

Facebook and Google don’t have the same corporate legacy as a lot of other major tech companies. Their office fit-outs for instance show a serious intent to cultivate creativity and short circuit any traditionally repressive tendencies of office culture. Both business models also focus on user experience and insights which points to, hopefully, a more human-based approach.

Google’s philosophy has been ‘Good ideas sell products, great ideas change lives,’ placing value on creativity as a means to achieve successful outcomes. Creativity can be trampled by the sheer size of big business and the politics and complex processes that need to be navigated. If the right support, structure and general milieu is instigated, then there’s no reason why it can’t work.