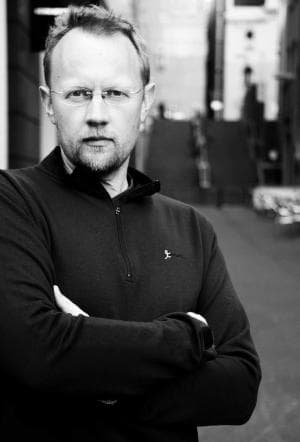 As the story goes, Dan Johns and some of his senior management team at STW-owned Ikon sealed their fate last month.

They put forward a radical strategy for the company which would see Ikon provide complete transparency to clients around the massive margins which many, many media agency groups are gouging from their online trading desks, otherwise known as DSPs.

Many advertisers have little idea about the mechanics but yes, arbitrage is abundant in the Australian market.

It’s having a major impact on other media too – the fat margins agencies can scrape off buying online inventory cheap and onselling to advertisers at much higher rates is creating a bias to media inventory housed within agency DSPs – online inventory.

In many instances agencies are ignoring what is best for a brand or client to achieve better margins for themselves. This is about favouring media channels that deliver better profits to the agency either through bulging DSP margins or higher commissions, which many online publishers pay media agencies – commissions are sometimes as high as 30-40% for online versus typically 10% or less in mainstream media.

Ikon’s now sacked regime is said to have seen this as a competitive advantage in the market – there is more to it but they wanted to come clean on what they would not be doing.

The reality is that media agency DSPs are having a major impact in the media sector. Money is being shifted to online because there are bigger financial returns for media agencies to do it. The magazine sector is seeing it, as is radio and TV.

But what else appears to have happened at Ikon is a splintering within the agency and at STW about the pace of change CEO Dan Johns wanted to move to digital channels - with transparency. Johns was said to be agitating to go fast and hard. Others, like Pat Cowley, who is now acting CEO, felt it was too fast. STW seems to have agreed, installing Cowley in the job and one of Ikon’s co-founders, Simon White, back in as chairman.

It’s just a little early to get a full handle on what really happened at Ikon but very few saw it coming.

There is already talk that Ikon may be merging with another agency – Bohemia maybe?

And there are suggestions that Ikon’s sacked team is already considering starting up as an independent and doing what they proposed.

No question Ikon’s moves will rip open a debate that needs to be aired around DSPs, arbitrage, bias and why media agencies are deliberately ignoring still supremely effective conventional media channels for online ads that they can make more margin out of.