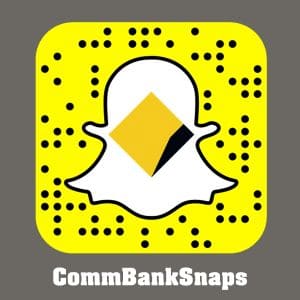 Another major Australian brand has decided to dip its toes into the disappearing youth photo sharing platform Snapchat.

This week Commonwealth Bank joined the mobile app - known for its 10 second self-destructing selfies – to interact with consumers through snaps and video.

It joins two other local banks Westpac and New Zealand's ASB to appear on the playful medium, with the business planning on publishing real time videos and pictures on a regular basis.

“It's a fast evolving platform and we look forward to growing with it,” said Stuart Tucker, general manager, brand, sponsorship and marketing services at CommBank.

“We are always looking for new ways to connect with our customers and Snapchat is hugely popular with our young adult customers. It allows us to offer a highly engaged audience financial hints and tips with a twist, as well as hear back direct on what they want to see from us.”

In June this year KFC Australia launched its Double Soft Shell Zinger Taco on Snapchat,with the snaps being viewed 3,000 times within the first three hours of being active on the app. The Australian Fitness Institute has previously used Snapchat to launch campaigns and this year News.com.au announced it will be launch partner for Snapchat Discover in Australia.

For traditional brands - and especially banks and businesses that aim to recruit young customers -  the use of Snapchat as a social medium provides new opportunity to tell stories to a teen user base. According to We Are Social's latest statshot on the state of digital, social and mobile usage around the world, Snapchat now has 200 million users.

Vice president for marketing at Kenshoo, Steven Hartman, said it was "worthwhile" for brand advertisers to pilot Snapchat as the platform is likely to keep growing their user base at a significant rate. "The real value to brands advertising on these mobile destinations comes from efficiencies of constructing a creative that can be managed and optimized across several publishers. For advertisers to get full potential value with Snapchat, their V3 platform will need to accommodate a brand’s holistic mobile and social advertising campaign that spans multiple mobile app destinations," he said.

Snapchat founder Evan Spiegel has previously said Snapchat’s advertisers see a nine times higher completion rate with full screen vertical video. When Snapchat was building its ad products, Spiegel said, the benefit was that it had no legacy of online advertising to contend with.

"The thing that’s different with brands is that brands maintain the same identity and message for a long period of time, but change how they express it. But people change every day, so if you’re building a product for a brand it fundamentally has to be different than for a person," he said.