Coke turns to NPD as sales fall, but new product is getting slammed 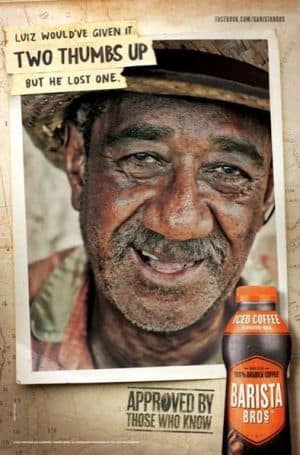 Has Coca-Cola lost its sparkle? The drinks maker is battling falling revenue and profit. To counter this, it is prepping the launch of a raft of new products beyond fizzy drinks and is expected to slash costs in the wake of falling sales. Part of Coke's strategy to move into non-sparkling categories was the launch of Barista Bros iced coffee in June. But the drink is getting smashed on social media.

Coca-Cola is on a mission to move into other product categories with the launch of still waters, juices and milk products. Chocolate milk, one of the fastest growing soft drinks categories is a particular focus, but the launch of its Barista Bros drink isn't having the desired success.

The drink, which launched in September alongside a campaign by Ogilvy is getting smashed on social media. Marketed as a “smooth and irresistible flavour”, numerous Facebook comments on the brand's page claim that it's “disgusting” and the “worst tasting iced coffee by far”.

The ad strategy, currently running across buses and outdoor billboards, sees the drink promoted by a South American farmers “who know” what good coffee tastes like.

Other Facebook comments say the advertising concept is “shocking” and “disrespectful” to South Americans and “Lazy, offensive, completely off the mark.”

A Coca-Cola spokesperson stood by the brand saying that sales were actually ahead of target, as were repeat purchases. She added that as is usually the case on social media the negative comments tend to be from a “small but vocal minority” and therefore unlikely to be representative.

A spokesperson for Barista Bros said: “Since we launched Barista Bros nationally in September this year we’ve had an overwhelmingly positive response from both retailers and consumers with product sales performing ahead of target. The rates of consumers also purchasing the product and buying it again is beyond our expectations.

“While the overall response to the launch of our product has been positive some consumers have shared their views around our campaign on social media. Consumer feedback is extremely important to us and as a result we are working through to review next steps.”

Coke reported a 14% fall in profit globally last week, and extended its previous plans to cut $1 billion of costs across the global business to $3 billion by 2019.

Alison Watkins the new CEO of Coca-Cola Amatil, the regional bottling and distribution partner, is expected to outline the results of a company wide strategic review in Australia on Thursday that could see products and brands cut to free up funds to reinvest into marketing initiatives, alongside capex reductions and cuts to supply chain costs.

Ahead of that, Coca-Cola is expected to launch Coke Life in Australia on Wednesday, its variant made with natural sugar substitute Stevia, which has already launched in Latin America and the UK.