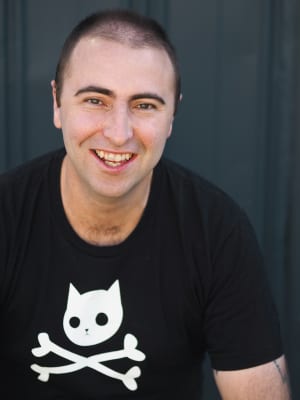 Marshall's new role will see him named head of Spotfires, CHE Proximity's innovation division created to work with Australia's booming startup economy. In his new role, Marshall will be tasked with expanding the agency's client list and spearheading agency projects.

Marshall previously worked as an account relationship manager at Google and was also client partner at Facebook. Previously he has worked in agencies including UM and Zenith Optimedia.

His appointment follows a new partnership struck between the Spotfires division and Startup Victoria which will see CHE Proximity offer creative, technology and media support for the non-profit organisation.

Spotfires will also be hosting a series of three “speed dating” pitch events for 100 local investors and founders to find startups they might be interested in working with.

“Spotfires is keen to partner with key players who are tapped into the startup community,” Marshall tells AdNews.

“From the work it’s carried out with startups over the last couple of years, supporting Startup Victoria was an obvious choice. Spotfires can help contribute to startup growth in a way that’s currently not being done in market.”

Marshall says the other benefit for Spotfires is that it will be able to gain additional exposure within the startup community and identify clients it can work with.

As an incubator, Spotfires works to support startups looking to build up their offering.

CHE Proximity chief operating officer Andrew Drougas says the partnership will allow CHE Proximity to introduce startup driven innovation to clients before they hit the market. He also says the timing was right to build out the Spotfires offering with a new division head.

“Luke’s worked in some of the world’s most innovative companies, so it made sense that he would come in and help CHE Proximity grow the next generation of disruptive businesses,” Drougas says.

“The demand for Spotfires has exploded since we launched in October last year, and it’s now reached a point where we need someone dedicated to pushing the team and driving how we evolve the offering.
“The agency pitch nights are just one of initiatives Luke will be leading in this role.”

In addition to the pitch events, Spotfires will deliver a branding workshop for Startup Victoria as well as supporting the organisation with other not-for-profit events through the year.