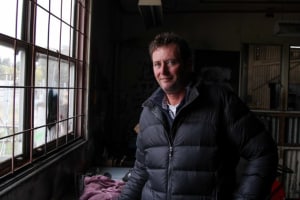 The finest willow wielders and leather flingers in the industry lock horns today to decide who will win the Sydney leg of the Big Clash.

And while the smart money is on the Media Agency team, it’s worth taking a few moments to consider why these battles should be a roaring success irrespective of the wickets, sixes (correction: fours) and run outs on show.

They help children in a range of difficult life situations, providing valuable support, life skills and education to young people who are ill or disadvantages. The scoreboard that really matters today is dictated by the generosity of our industry rather than their skill with bat and ball.

At last year’s Big Clash, BackTrack founder and manager Bernie Shakeshaft delivered an emotional presentation about the youth centre he founded in 2006, helping more than 1,000 where vulnerable youth feel emotionally and physically safe, continue their education and pick up valuable life skills and support along the way to help them transition from school into adulthood.

It’s a story that inspired AdNews to head up to Armidale in northern NSW to find out more about the operation and how UnLtd funding helps improve young people’s lives.

Backtrack was set up purely as a youth centre to provide refuge and an escape for disadvantaged youth in New England regional centre that Shakeshaft hails from.

The first intake is fondly recalled by Shakeshaft as the ‘Magnificent Seven’, local teenagers who had either dropped out of school, were at risk of doing so, or worse.

“They weren’t really employable,” Shakeshaft says. “There had been some legal issues, drug and alcohol issues, not really going somewhere in life and not in a direction we like to see in healthy young fellows.”

This lack of direction, emotional support and employability is a problem that Shakeshaft, a youth worker of more than 20 years, has observed across the country, including in the outback where he lived and worked for many years.

Exacerbating the issue is a disjointed education and welfare system run by politicians and bureaucrats with little sympathy for young people in situations where schooling and employment are lower priorities than finding refuge from troubled home environments, drug abuse and lifecycles of crime.

“The gaps are getting bigger and bigger,” Shakeshaft explains. “I think now they say 26% of kids at high school age have no form of education, training or employment. In the bush it goes up to about 36%. It's a national disgrace that in a first world country a quarter of our kids are doing nothing.”

Shakeshaft realised that to fix the problem would require a lot more support and time than merely sticking young people in training programs.

He had to sort out individual lives first, whether that was dealing with legal issues, mental health problems or providing a safehouse.

“When a young person comes into these programs, for the first nine months to a year you would probably spend 50% percent of the time dealing with legal issues, mental health stuff, just trying to get stability,” he adds.

“So don't worry about getting a job, that stuff will come later, but if we don't sort out the legal stuff and mental health stuff then nothing else happens…This frustrates government departments, which is one of the reasons we struggle to get funding.” 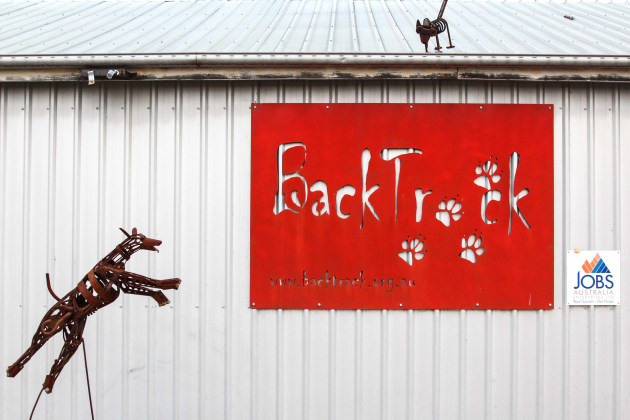 The BackTrack youth centre is located on the outskirts of Armidale. Lives are shaped and rebuilt in this tin shed.

Today there are about 40 young people who regularly attend BackTrack programs and only 10% to 15% drop out even though BackTrack attendance is purely voluntary. To qualify for a spot, you just need to display the right attitude.

There are seven programs, including Ag Lads, which teaches agricultural skills that are useful to pick up work on a farm, such as fencing, lamb marking, wood cutting, tree planting and other jobs.

Iron Welders, one of the longest-running programs, teaches young people to weld sculptures, fences and other items that are then sold to help raise funds (see below). Many of these graduates are working in Armidale.

Paws Up teaches young people dog jumping and handling competitions. There are also programs that helps students with important numeracy and literacy skills and school coursework, a girls group, as well as a new residence that houses homeless and vulnerable young people – a program that UnLtd funding help build. 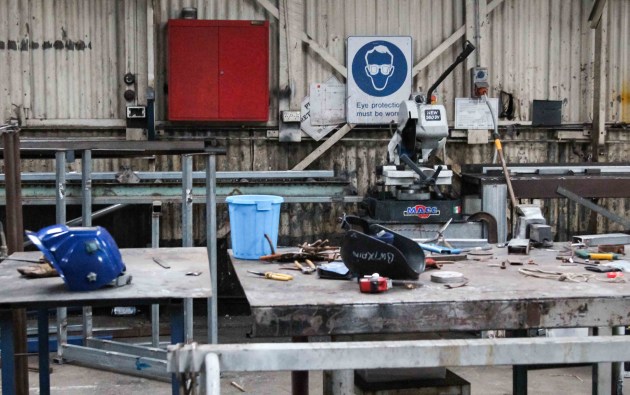 The Iron Welders program has 'flooded the market' with welding skills that are often taken on by local businesses.

Building BackTrack has required a huge amount of community support; local businesses chipping in with apprenticeships, funding. The community has also provided plenty of local volunteers to help out with programs and other jobs.

The products BackTrack makes, whether its firewood, sculptures and other goods, as well as services, is then sold to raise more money for the youth centre.

BackTrack has a mutually beneficial relationship with the local community and is well respected.

It takes vulnerable local young people off the streets and away from a cycle of crime, provides them with the support and skills they cannot find elsewhere until they are able to contribute to society in a positive way.

“From that month that we started taking those kids out of town every Friday and Saturday night – crime rates started falling. We've had a downward trend,” Shakeshaft explains.

“There's only two local government areas in NSW where juvenile crime stats have trended downwards in recent years. One is Tweed Heads, it's down around 2.5%, while Armidale is down 55% over a long period of time.

“About 87% of the kids we've had through here end up in either full-time jobs or back in full-time education and training. If you were an employment agency you'd probably get bragging rights around the 25% mark, and we are working with the kids that have hit the end of the rope - kicked out of school, nowhere else to go.” 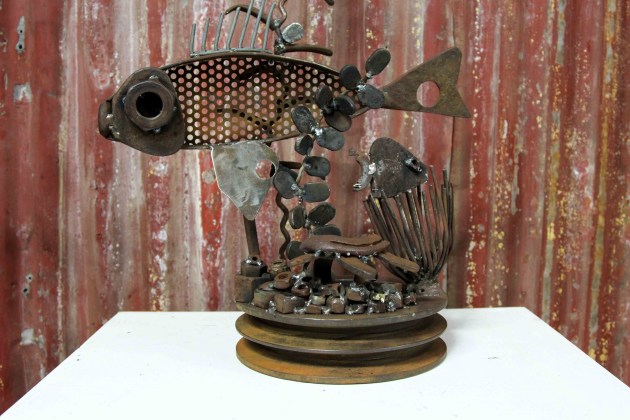 BackTrack's young welders create amazing sculptures that are then sold to raise funds for the organisation.

Only a small fraction of BackTrack’s funding comes from the government (mid-2017 it was around 5%), often attached with strict conditions to measure a program’s success. This could how many on the program find a job after a set period of time, for example 26 weeks, irrespective of their life circumstances or the job market.

This sort of red tape goes against BackTrack’s mantra of building lives first, irrespective of timelines, and is why the non-profit organisation relies heavily on the support of private donations, such as UnLtd and the local Armidale community.

With a team of eight full-time staff, several more part-timers and an expanding operation, BackTrack needs more support to provide it with the flexibility to concentrate on what really matters to young lives.

“See, it's not really about getting them job ready. There are three things that we do here," Shakeshaft explains.

"The first is keeping the kid alive. I've been around enough young suicides to know that, if the kid is not alive, well there's not much else you can do. The second is keeping them out of jail. The third is chasing hopes and dreams.”

BackTrack’s story in one of several inspirational reasons to attend and support today’s Big Clash.

Missing School, founded by Megan Gilmour and her son Darcy, keeps seriously ill children stay connected to their schools and makes sure their special learning and social needs are met. More than 60,000 miss school in Australia each year due to serious illness or injury.

Be Centre is a leading children’s mental health charity that provides Play Therapy for kids. Founded by Deborah Killelea in 2008, it is dedicated to early intervention, stopping cycles of harm and helping children aged 3-12 heal from difficulties and trauma so they can create a brighter future.

You can find out more about each of these charities in the links above. Please support the Big Clash and other UnLtd events, and give generously to help young people chase their hopes and dreams.