Cannes Lions names Spotify as Media Brand of the Year 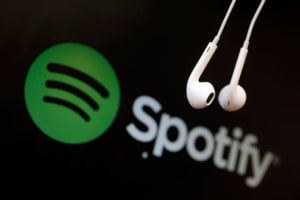 Cannes Lions has named Spotify as its Media Brand of the Year for 2018 ahead of the festival, which kicks off in June.

The award has traditionally been received by individuals and in past years, including Microsoft CEO Steve Ballmer, former YouTube CEO Salar Kamangar and Facebook founder Mark Zuckerberg.

"In the ten years since Daniel and his team launched the service it has gone on to reshape the future of media and transform how artists and brands communicate with their audiences," he said.

"Their continued innovation and partnerships with brands has fostered a culture of creativity and a platform for new artists to share their voice and we’re delighted to be able to recognise Spotify with this award."

The award also recognises Spotify's marketing output, winning six Cannes Lions in 2017 for witty campaigns, including 'Thanks, 2016...It’s Been Weird' and 'President of Playlists', and its stance on social issues.

Daniel Ek, Spotify's co-founder, chairman and CEO, will accept the award on behalf of the company and its more than 3000 global employees.

"While I can appreciate that this award normally recognises a single individual, I didn't embark on this journey alone," he said.

"We are where we are today thanks to our employees, past and present, who have been the most integral part of our 10 year history. I am energised daily by the creativity, bravery and passion our team brings to work."