Cambridge Analytica techniques have 'a lot of cross over' with advertising 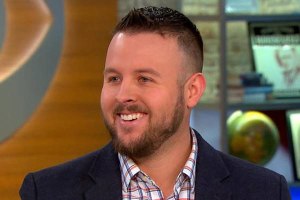 This was originally published in AdNews' May Magazine in 2017.

Cambridge Analytica is the small data crunching firm that uses psychometric modelling to map behaviours and target messages. Over the weekend a whistleblower blew the lid on how it harvested up to 60 million Facebook profiles to help Donald Trump with the US election.

The firm also works with brands and is eyeing an Australian office. AdNews recently spent five minutes with Cambridge Analytica head of product Matt Oczkowski – Trump’s data man – to see how the machine can be applied to marketing.

Cambridge Analytica’s impact on Trump’s presidential campaign is a terrifying affirmation of the power data can have on results, and a fascinating case study.

What the company achieved in five short months after being appointed by Trump is nothing short of astonishing, but the interesting thing for this industry is what it could do for brands and marketers, and where regulators should draw a line.

AdNews: The impact on the Trump campaign was huge. What could a similar approach offer brands?

Matt Oczkowski (MO): There is a lot of crossover. Whether you want to vote for Donald Trump or Hillary Clinton, or whether you want to buy cereal or Coca-Cola, understanding the behavioural motivations behind individuals is key. Presidential campaigns are well-funded but a lot of the lessons are universal. The great thing about [election] campaigns is that they force innovation.

AdNews: What about publishers?

MO: I’ve been most excited about the publisher side as it gives you access to not only people but what content they’re reading. Publishers are the perfect target for what we do. The problem is many publishers are addicted to display advertising. It’s a massive source of revenue but it’s decreasing.

I want to work with publishers to adapt new models that get them away from problematic advertising units. The long-term vision is using the quality and value of data [to build] a better user experience because the consumer market has moved to a place where people are sick of annoying advertising.

AdNews: Data and targeting is often still reduced to simple demographics. Why is there a gap between what brands do and what’s possible?

MO: We’ve gotten really good at figuring out who to talk to but we haven’t got good at what to say to those people. I could slice you thousands of segments but there’s no agency in the world that would be able to produce that much unique creative.

Demographics aren’t the enemy but things like age and gender alone don’t tell the whole story about a person. We need to cluster people up in ways that get beyond demographics and bringing in more data points and understand people’s networks, communities, and how all that ties in.

AdNews: Trump is controversial. Can you rationalise your involvement in light of the impact on the political climate and economy?

MO: There’s a lot of answers for that. A lot of engineers and data scientists that work for us took 50% pay cuts to work on the campaign and work harder than they did previously. You’re not doing this if you don’t believe in it. There is a lot of dislike for Mr. Trump and I get that, but just as many people or more disliked Hillary Clinton.

I’ve exclusively worked for Republicans my whole life, the reason I got involved was because I’m passionate. I understand the impact these things have on the rest of the world but I’m not a political guy or a policy maker, I’m a technologist. Typically, I try to keep my beliefs away from the candidates I work for.

AdNews: A lot has been written about Cambridge Analytica and some of the tactics have been called snake oil – is that fair?

MO: My answer is always that good candidates with good methods will win elections. Data science does not win elections, data science helps with the margins. A lot of things that are said are relatively untrue. What we did was help define his overall message, figure out who to talk to and what to say to those people.

What we’re doing is applying proven science. What we do with psych and the OCEAN5 [scale of personality] is the same thing IBM is doing with Watson, so if you call what we do snake oil then you are calling the entire scientific industry snake oil. People say ‘you’re the reason Trump won’, but we’re just part of the team that helped. Mr Trump won the election.