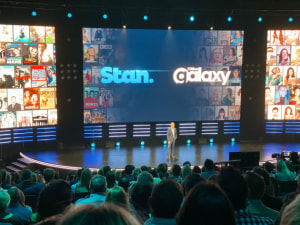 The second major upfront of 2019 has come and gone, with Nine leading the conversation around data, 'supercharged' brands, a growing broadcast video on demand (BVOD) offering and a solid content spine.

Nine's plans for 2020 include an offering now built of 11 million unique user IDs, gathered from both 9Now, the company's BVOD platform, as well as its digital assets they now control post-Fairfax merger.

The company's sales boss Michael Stephenson also announced the launch of Nine 2020, a rare opportunity for four brands to "own every major moment" on the network in primetime for the next 12 months.

The event itself was also used as an opportunity to announce the industry's first dedicated demand-side platform (DSP), which all of the major networks committed to creating for both media agency holding groups and indie shops.

To find out more about what agencies thought on the announcements from Nine, AdNews spoke to some of the industries leading executives to get their perspective.

Consistency was once again the word of the night, with buyers all praising the work the business had done in 2019 to create a strong content and data offering.

"Nine had a good story to tell with a consistent year under their belt for 2019, not only from a programming perspective but also with their focus on digital and data. They’ve got solid programming for 2020 and look determined to take on the tech giants," PHD chief investment and commercial officer Lucy Formosa Morgan says.

"Consistency is essential for clients and agencies. We need to trust that the audiences we’re buying are there and we’re not having to chase makegoods all year round."

Initiative Australia national head of partnerships and investment Nick Durrant says a consistent schedule is important for clients particularly when it is one that is performing and Nine certainly has this year.
However, he added that it is predictably of performance that’s key and then whether this performance is priced appropriately.

"A consistent schedule is a great place to start but innovation and pricing are equally as important. A new show keenly priced delivering an audience is as valuable as a consistent," Durrant says.

"They are offering a consistent and strong performing schedule. Their focus on measuring results is critical if we are to move the conversation on from CPM to cost per result."

Stephenson also used the event to discuss Nine's position on the digital video market, making a call out to marketers and agencies of 9Now, not as a BVOD platform but a direct competitor to the likes of Google and Facebook.

Wavemaker activation and investment director Emma Wood says it’s important to hold the likes of Google and Facebook to account, and it was "refreshing" to hear Stephenson call out the lack of transparency and accountability of these platforms as compared to Nine’s "growing portfolio".

"Broadcast-quality content and user-generated content, although consumed similarly, are two very different things. The comparison to Google Preferred inventory is more relevant when considering advertisers' use of these platforms," Wood says.

"Marketers will have their own unique objectives and strategies, so while it’s not a one-size-fits-all solution, it’s great to see future-fit solutions and spark debate among the industry."

Hyland founder Virginia Hyland agreed with Wood, adding that she thought the call to action was around ensuring that all channels are considered in the marketing mix.

She believes the challenge for the networks is that significant funds have been diverted to YouTube and Facebook.

"As media planners and buyers we consider a mix of content across all platforms to ensure we are reaching as wide an audience as possible to will potentially purchase products and services," Hyland says.

The Media Store head of investment Paul Wilkinson says from a BVOD proposition, their approach is correct, highlighting that they have carefully been building out the platform for a few years and they are a clear leader in the space.

"However, whether they offer the same as FB and YouTube is up for debate. Ultimately I would argue that advertisers use FB & YT in different ways to that which they use Nine (or any BVOD platform for that matter)," Wilkinson says.

"As an agency representative, my role is to ascertain the best, most efficient and effective media channel and platform for my clients – so depending on the task at hand there is a role for all media, it simply comes back to the campaign objectives."

Looking more deeply at the cost per completed view (CPCV) strategy that Nine also revealed it would be implementing across the 9Now platform.

Amplifi ANZ chief investment officer Michael Bass says the challenge for advertisers has always been the high cost of BVOD vs. the big social platforms but added that shifting the conversation to CPCV was "the right move".

"It’s one they should get behind because this is the new television landscape. Marketers will need to adapt to this new landscape and transition their thinking to a broader screens approach," Bass says.

"It’s a clever move for Nine to move to a Cost Per Completed View model, rather than CPM. Although ads on that platform are unskippable, advertisers often get caught up in cost metrics that are not necessarily valid.

"If anything, it shifts the discussion away from a hard cost-based metric to a more fact-based metric. Advertisers should see the benefit of this when looking at their post-campaign comparisons and results."

GroupM chief investment officer Nicola Lewis also backed the move by Nine, saying its call out about being increasingly addressable and having 11m Australians together across their Tribes was impressive.

She says while Stephenson came out "quite hard", he was constructive, in what he had to say about BVOD, YouTube and Facebook.

"To a large degree he said what a lot of the industry is thinking, but while it was bold, what we all see across the industry is not about one platform versus another," Lewis says.

"We want a healthy media landscape that can survive and thrive and to do that we have to have parity that delivers for our clients’, and our businesses."

"The type of video that they deliver serves a different purpose to what Nine has in its portfolio. As far as trading on a CPCV, we tend to buy based on CPM, with CPCV being a measurement of success, so I will be interested to see how this works."

Durrant was of a similar opinion, adding he doesn't think they are comparing themselves, but are offering themselves as an alternative.

"The video ecosystem is vastly different from how it was even 18 months ago. It’s not a case of either-or, it’s what are the most effective formats to deliver the message most appropriately. This question spans all screens the message could be consumed on," he says.

Commenting on the Nine 2020 offering, OMD Sydney head of trading Jane Combes says what it demonstrates is more about Nine deciding it isn’t going to "sit back and plan to take a hit" because of the Olympics.

She says the initiative is making a statement to the market, with a focus on delivering the "longevity" that The Olympics doesn't.

"It’s a novel way of being out in market with a competitive offering and it allows Nine to sell an alternative. My question would be – how is this different to what we do annually?," Combes says.

"Sure, we can sponsor their biggest properties across the year, but if that was the right thing for our brands, we’d be out driving that with our clients anyway, we don’t need an Olympic year to package all of that up."

Another strategy to combat The Games was the decision to open up Nine's automated trading platform 9Galaxy to the entire industry during the two week period, allowing agencies to trade on primetime throughout the event.

"It's definitely a strong idea as traditionally two things happen - firstly, a lot of brands plan to be off-air during such a huge event that soaks up most of the audience, and secondly, the rival networks will not show first-run or premium content," Bohemia Group general manager Theo Zisoglou says.

"Guaranteeing audience across this platform will give clients who are living a sense of confidence to invest some budget here during the Olympics. It probably won't have a huge impact in market but definitely, a smart strategy to try and entice additional spend."

Formosa Morgan agreed, adding that it’s a great incentive for the industry and a good move by Nine to capitalise on "audience volatility".

"Over the Olympics period there tends to be a lot of audience volatility and nervousness by agencies & clients alike around how the other networks (non-Olympic broadcasters) will fare, so by offering up peak primary channel inventory on Nine Galaxy & guaranteeing audience delivery is an attractive offer," she says.

Wilkinson says whether it’s wise or not will have to be seen to believed, but expected it will be welcomed by the agencies and advertisers utilising Galaxy within their buys.

"In all seriousness – the Games will perform well, in fact I expect they will perform quite consistently vs 2016. I think the competition for Nine here is Ten, who are also aiming to provide a key difference in programming over that period to Nine," he says.

Hatched Media general manager Stephen Fisher backed the strategy, adding that it was a great strategy to counter the obvious audience shifts that come with The Olympics.

"It gives them a compelling case in market across that period and will appeal to advertisers either not engaged in the event of needing to deliver campaigns over that period," Fisher says.

"Could it set a precedent in trading peak inventory that causes challenges down the track? I don’t believe so. This is a tactical move to try to minimise impact and inflict some competitive pressure. You would expect that for the partner brands this is something that would be trialled ongoing."