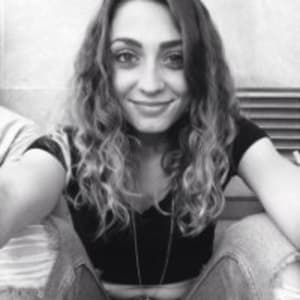 Oteri, who moved from WA to Melbourne to work in advertising, secured her spot in the top 24 with an organic eye fillet with vegetables and red wine jus.

Oteri worked at The Brand Agency back in 2009, before heading to JWT and then Cummins & Partners back in 2011. She stayed at Cummins for two years before taking a writing spot up at Ogilvy – where she left last year to pursue a freelance career.

Demand-side platform, Brandscreen has completed its management buy out after the business was acquired by US-based display exchange Zenovia.

The buy out was originally reported by AdNews in March this year, and now the buy-out has been completely finalised.

CEO of Brandscreen Robert Manning said: “Brandscreen will continue to focus on Australian innovation, employing 3 more engineers in the team in Sydney.  This innovation will be in the fields of Display, Video, Mobile Social and Out of Home advertising using programmatic tools.”

Edge creative director of film Kevin Lim is one of ten finalists in the Dendy Award for Short Film in the Sydney Film Festival.

Lim is the writer/director of Soda Honey Films, a collective of creative from the advertising and TV production world, and is Lim's third outing as part of the group.

His nomination is for 'Whispers Among Wolves' explores a co-dependent relationship between two workaholics.

Lim said: “Says Lim: “I wanted to examine a moment between two characters who are broken from their loyalty to one another and left to question what remains in their lives.”

The billboard are scheduled to be built next month and will add to the company's 'Signature Collection' which already includes two of Australia's largest full motion digital billboards.

Ooh! CEO Brendon Cook, said the additional digital signs on a major traffic corridor signaled the next phase of the company’s digital strategy which started three years ago.

"We have a clear focus on increasing the footprint of premium high demand digital billboards on roadsides across Australia," Cook said.