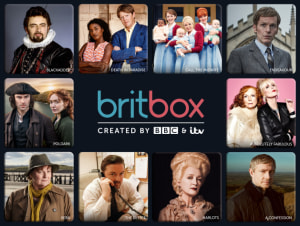 The subscription video-on-demand (SVOD) streaming service, which has already launched in the US, Canada, and the UK, will include classic and contemporary British series, as well as exclusive and premiere titles across drama, crime, mystery and comedy.

Britbox will be the exclusive home of the Doctor Who series from 1963-2019, featuring all 13 doctors. The platform will also feature premiere shows including the reboot of All Creatures Great and Small, featuring Nicholas Ralph, Rachel Shenton, and Callum Woodhouse.

“This is just the start, with plenty more favourite British series, territory premieres, exclusives and originals to be released on BritBox each month.

“BritBox will also be the home to a variety of recently and previously broadcast series that viewers may have missed the first time around, now available for streaming on demand all in the one place.”

“Australians have an affinity for British television and the launch of BritBox in Australia is a unique opportunity to tap into this passion and nostalgia. We look forward to firmly establishing ourselves with Australian streaming audiences.”

The ad-free streaming platform was developed as a 50/50 joint venture between BBC Studios and UK commercial broadcaster ITV. BritBox is available for $8.99 per month, or $89.99 a year, for Australians. It joins other players in the market, including Netflix, Stan, Disney+, and 10 All Access, which will rebrand as Paramount+ next year.

“BritBox is very much a part of BBC Studios’ future strategy in Australia. The global growth of BritBox has been truly impressive and there is no doubt that we are heavily invested in ensuring the success of BritBox in Australia as part of our partnership,” says Martin Goswami, ITV group strategic partnership and distribution director.

“This partnership provides a unique platform to give Australians what they want; the best of British creativity in a streaming format. BritBox offers the chance for consumers to enjoy ITV’s best-loved British content anytime, anywhere.”