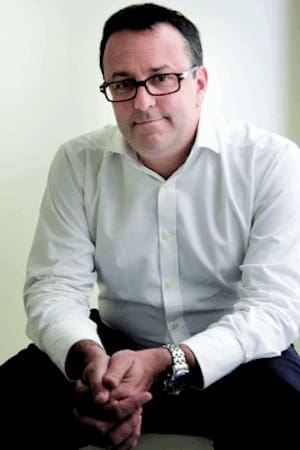 Five weeks after being knocked out, suffering multiple breaks to his pelvis and a ruptured bladder in a cycling accident, Ignite Media Brands CEO Brian Gallagher is making a strong comeback, taking his first steps last week.

Gallagher was knocked unconscious after being hit by a car and landing on his face on March 29 while cycling in Centennial Park – he was rushed to St Vincent’s emergency and has been unable to walk until about a week ago.

“It was quite literally the most trauma I’ve been through in my life,” he told AdNews. “The last four weeks have been hellish. I’ll tell you, while on one hand it’s absolutely shocking, the emergency team at St Vincent’s is where you see the good side of humanity. Those people are unbelievable.”

Although still severely restricted, Gallagher said he was involved in two new business ventures – one in branded content and an e-commerce play – after Ignite Media was effectively shut down.

Last year Foxtel ended its channel partnerships with TV1 and SF, which Ignite had advertising representation deals with, to launch two similar channels Foxtel owns on its pay platform.

And Fox International Channels, which included National Geographic, Nat Geo Wild and FX, also moved from Ignite to Foxtel-owned MCN. Advanced discussions were being held for Nine Entertainment Co. to acquire Ignite but News Corp and Foxtel were understood to have been tipped on the negotiations and Fox International fell into line, moving to MCN – Fox International had appointed Ignite over MCN in its previous ad sales representation contract and was said to be supportive of a Nine-Ignite tie-up before sentiment shifted.

Gallagher said he hoped to be out of the ad sales business for good.

“I don’t want to sell another advertising spot as long as I live,” he said. “I am working on two different ventures although I’ve been useless until very recently.”

He did not want to detail plans but one is a transmedia production company for brand-funded content – one of Gallagher’s decade-long areas of expertise – and an e-commerce start-up.

Gallagher said he has partners in both projects and is now working daily.

“I’ve had so many notes and calls and people coming in,” he said. “People I’ve not seen in ages. They’ve been fabulous and welcome. You need people in these kind of events. They’ve been gorgeous.”