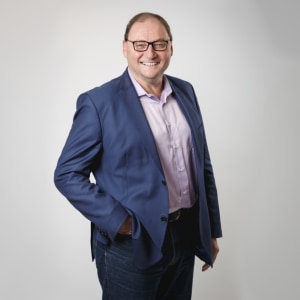 This first appeared in the January/February issue of AdNews. Subscribe here to make sure you get your copy.

Few people can call themselves pioneers in their field but for Brendon Cook, the outgoing CEO and managing director of oOh!media, the local outdoor advertising industry wouldn’t be where it is today without him.

When it comes to transformation, Cook has been pioneering change in out-of-home (OOH) for four decades. A founding member of the industry body, the Outdoor Media Association, he was instrumental in developing the MOVE (Measurement of Outdoor Visibility and Exposure) project, a system that allowed for improved accuracy in reporting measurable outcomes to clients using OOH media.

He is also the international vice-president of global OOH industry body, Federation European Publicite Exterieur (FEPE). Cook is the first Australian to sit on the board in the organisation’s 50-year history.

Dubbed the “father” of OOH in Australia by one AdNews reader following the announcement of his departure at the start of 2020, Cook has made a significant mark in the industry during the course of his stellar career. Today, the business he founded in 1989,
oOh!media, has grown to be a diversified media business worth $649 million with more than 37,000 digital and static asset locations.

It all began in July 1979 when Cook was six months out of high school and on the hunt for his first job. The job ad read: 25-year-old male with experience. At 19 years old with no experience, Cook applied for the role knowing that he at least met the gender requirement.

“Imagine writing that job ad today — you would be sued,” Cook recalls to AdNews.

Fast forward 10 years and Cook founded Outdoor Network Australia, which represented both metropolitan and regional OOH players across the country. It brought together around 35 different companies under the one brand, with one solution to go directly to advertisers.

The idea to launch the business was sparked by changes in legislation that saw the government ban tobacco advertising outdoors. At the time, Cook says a number of the players he represented made between 50 per cent and 100 per cent of their revenue from tobacco ads so the legislation would have a huge impact on their business.

“It was going to be very hard for them to sell to advertising agencies and others,” he says. “So I didn’t have a lot of capital but I started the business effectively as a representation company.”

Building an empire
Starting the business with just one other employee, his brother Noel Cook, it has grown to more than 800 across Australia and New Zealand today.

In 2002, Outdoor Network backdoor listed on the Australian Stock Exchange (ASX) for the first time as Network Limited. The company rebranded to oOh!media in 2008 following the acquisition of Media Puzzle. It went on to de-list from the ASX in 2012 after being privatised by Champ Private Equity and WPP, under the parent company Outdoor Media Operations, before relisting in 2014.

During the course of his career leading the business, Cook acquired around 45 businesses including EYE Corp in 2012 from Ten for a reduced price of $113 million, and Adshel in 2018 from HT&E for $570 million.

“Acquisitions such as EYE Corp were instrumental,” says Cook. “We were the third biggest player, they were the second — the two combined put us close to number one at that point.

“That really gave us the next big kick-along in terms of the brand equity on the streets, but secondly, the scale to really start to do things that were different, and investing in technology and data and a whole range of other ways of approaching how out-of-home could evolve the medium.”

The company also acquired digital publisher Junkee Media and printing business Cactus in 2016, further expanding its capabilities. However, Cook says there is more to oOh!media than just being a media company.

“[The] reality is it’s also a big property business; it’s a big logistics business and now it’s a big data and tech business,” he says.

“As a property business, there’s numerous discussions, negotiations, contracts. We employ seven full-time lawyers in our business and that makes us a pretty decent legal practice because of the number of the work you have to do around that.

“Then you get into logistics. We have 250 people every day in some way, shape or form working, building, cleaning, maintaining physical infrastructure, plus contractors.”

Cook says the introduction of data and technology has been one of the biggest game changers for the industry during his career. While digital signage has helped improve reliability, it’s the data that can help inform campaigns to improve effectiveness that is transforming the OOH industry.

“What I grew up with, I don’t think I could have even thought as little as seven years ago that we would one day be able to ascertain 500 different purchasing traits or actual purchases,” he says.

“The one I love using is pet food. How do you really know where you buy the best pet food? But we could. Dogs 20kg and above, we’ll give you the best location for each. That sort of level of data sophistication is only going to continue to evolve.”

Riding the rollercoaster
Leading a successful business in any industry can be like a rollercoaster with all its ups and downs. In his 30-plus years at oOh! Cook had quite the ride with acquisitions that nearly didn’t go through, listing on the ASX, then privatising the business and relisting again, and helping the company survive through the global financial crisis (GFC). However, it was as his departure was announced that he probably had the biggest challenge of all to face.

The OOH industry was hugely impacted by the COVID-19 pandemic as lockdown orders forced people indoors. Due to the dramatic impact it was having across the board, Cook’s departure was prolonged to help the outdoor media specialist through the fallout.

While the year was tough, oOh! reported a “significant” revenue rebound for the fourth quarter of 2020 as outdoor audiences returned following the easing of restrictions. In a trading update in mid-December, it said road and retail outdoor audience volumes in November were tracking at 87 per cent of their 2019 levels, up from about 50 per cent in mid-April 2020. As a result of the audience recovery, the business is expecting full-year revenue of between $420 million to $430 million.

“We survived COVID-19,” he says. “Although I did laugh with someone the other day: lucky I didn’t do this a year earlier because it wouldn’t look very good on your resume if you didn’t have pandemic economic management.

“It made the GFC look like baby steps, to be quite frank with you.”

While there have been many challenges, there have also been many highlights. During the years, oOh! and the Outdoor Network have worked across both head-turning and innovative campaigns that have had huge impacts.

Some of Cook’s favourites include a campaign for a fictitious beer called Haka Bitter that the Outdoor Network created with GOA Billboards to demonstrate the power of OOH. For spontaneous recall, Haka achieved seven per cent after one month on outdoor with a $25,000 investment. A few weeks prior, another beer brand, Powers Extra, launched in Brisbane using TV only. It only achieved a three per cent spontaneous recall after one month despite a TV spend of $183,000.

Another campaign he recalls that highlighted the power of OOH was the controversial Longer Lasting Sex campaign from the Advanced Medical Institute which promised to help men with erectile dysfunction. While the campaign had run across other media for a few years and flown under the radar, it caused an uproar as soon as it hit billboards where people finally noticed.

“That campaign had been running in print for two years and it went on 18 billboards and the phone rang off the hook,” he says. “What it proved was the power of billboards.”

In more recent times, one of Cook’s favourite campaigns was with Google. The multi-app campaign brought together audience, data, technology and creativity to deliver Google search and Google maps at scale across Australia. The creatives displayed how Google Search could help Australians discover their local food and drink options with the corresponding maps displaying relevant search results within proximity to the OOH locations.

“For me, that showed what automation is really about in out-of-home and how we have to scale to that level,” he says.

“And it also proved it’s not about the tech, it’s about the creative. The big area was getting the creative concept right; that you could scale up to get that contextuality. I think a lot of people only talk about programmatic with tech without thinking what the real answer is. How many people am I really reaching and is the creative going to drive a response based on what we know works?”

For Cook, aside from the work that oOh! has done, it’s the scale and size of the business he has built and the people he has worked with along the way that takes the cake.

“Being able to build the scale out of the business to where we are today is always a continuing highlight,” he says.

“Every year was full of excitement and lots of opportunities. Obviously the other best thing has just been people. Whether it be the advertisers and advertising agencies, or the property partners which are a big part of our business, and then of course the staff.

“It’s just been one of those journeys where it’s been pretty well my life. My family has been involved in that along the way because it’s a big part of my life. I couldn’t have asked for a better life in any career than what out-of-home has given me.”

So where to next for the outdoor media veteran? After a remarkable career at the forefront of the OOH industry moving at “Ferrari” pace, Cook admits he won’t be completely slowing to a halt. With new CEO and managing director Cathy O’Connor taking over the reins, Cook will move into a consulting role with the company throughout the course of 2021.

“I’m still consulting a day a week to oOh! and I’ve got a couple of advisory boards and other things that will be announced in February,” he says.

“I’m looking forward to working with a lot of entrepreneurial founders in lots of industries — a lot of tech and data — and working with them on their journeys.”