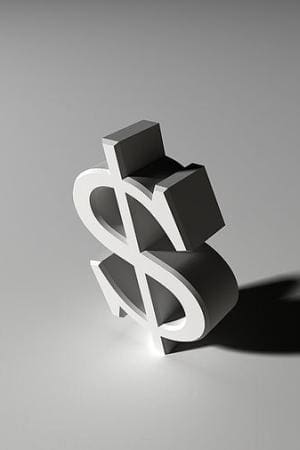 Aussies certainly put their hands in their pockets this Boxing Day, with retailers set to experience a $16.8 billion windfall from the sales period between 26 December to 15 January, according to figures by the Australian Retailers Association (ARA) and Roy Morgan.

When it comes to which category benefited the most, around $1 billion is set to be spent in department stores by mid-January, second only in growth to the ‘other’ category, which is tipped to grow by 6.1% to $2.3bn.

“While initially on 26 December we saw bigger ticket items walking off the shelves, now the focus has swapped to soft goods such as apparel and footwear, while household items have also been popular.”

Zimmerman also notes that department stores such as David Jones and Myer have had particularly strong foot traffic, with the figures indicating a 4.7% increase for the category compared to last year.

The numbers also show spending on groceries has been boosted by shoppers stocking up on food and beverages for New Year’s Eve parties, meaning the category is on track to hit $6.8bn in purchases.

Victoria will see the lion’s share of the post-Christmas shopping growth, up 5.6% to $4.2bn across the 21-day period tracked by ARA and Roy Morgan, followed by NSW with a 3.8% growth to $5.3bn.

Most individual retailers will indicate the boost they saw from sales when they present their first quarter results. 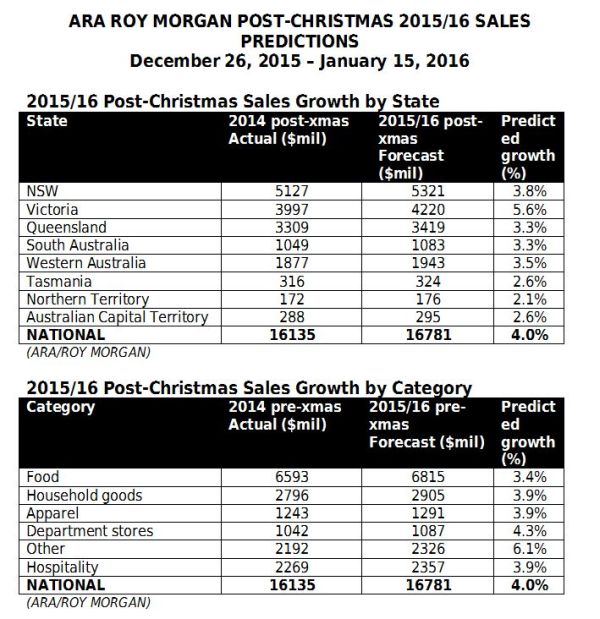