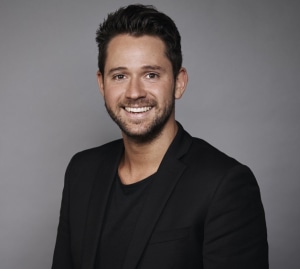 The last time I happy-cried was last weekend when I dropped my little girl off at dancing because I was so excited/proud of her. The last time I sad-cried was when I was helping my close friend through a tough time. The pain and anguish he was in was so confronting it affected me greatly, and I cried both with him and alone during that period.

I played a lot of sport and grew up with one side of my family coming from the country where they celebrated more traditional masculine stereotypes. Who’s the toughest, or the strongest, often told to man-up and don’t be a pussy. I was fortunate enough to also have a lot of thespian influences on the other side of my family who taught me that there are lots of different sorts of masculinity and that being feminine was a good thing to be celebrated.

I’d tell my 15 year old self that displaying your emotions is a sign of great strength and not something to be ashamed of. That having emotional intelligence and empathy will be one of your greatest assets as you grow older and that the earlier you can harness and embrace it, the better off you will be. And I’d tell him to never stop dancing.

For insecurities to be embraced, not projected.

We need to model the behaviour. Without visibility, there will be no permissibility. Campaigns like this are only the beginning, and the conversation can not stop at discussion – it must be followed by action.