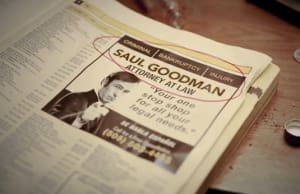 US network AMC has announced Breaking Bad spin-off Better Call Saul will premiere on February 8 next year, implying that Fairfax and Nine's streaming joint venture Stan will either launch on or before this date.

The network announced the timing for the anticipated show this morning, along with the release of a new launch trailer.

The announcement of the premiere brings Stan's launch date into sharper focus, given that StreamCo CEO Mike Sneesby had previously told AdNews that it would seek to stream the show "as quickly as technology allows", saying the show would be on the platform hours after it had been broadcast in the US.

StreamCo has been mum on the exact timing of the platform release, but has implied that it would be launched in line with the show, which it has pitched as a launch tent pole of the platform.

Should Stan be launched on or before February 8, it would mean that it would beat Netflix to market by about a month, with the US streaming giant announcing a March 2015 launch date last week.

Streamers including incumbent Quickflix have told AdNews that they would simultaneously feed off and head off the buzz created by the entry of Netflix into the Australian market.

“The entry of Netflix is really exciting for us, as it's going to educate the market on streaming services,” Quickflix CEO Stephen Langsford said.

“They're going to hear all about Netflix and start looking around at the technology and their options in the space. We know there's a massive appetite out there for streaming content, and this will only get stronger.”

Sneesby had also previously mooted this facet of the service, saying at its launch event that there was "an education piece" to play out in the Australian market on streaming video-on-demand services.

In response StreamCo refused to confirm or deny that the launch window had been narrowed, issuing a firm "no comment" on its plans.

Rivals position ahead of Netflix launch

Will the real Stan please stand up?