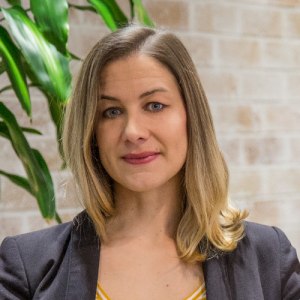 The discussion on how to define content marketing continues to buzz throughout the industry, with some arguing it shouldn't be viewed as advertising, but rather as “storytelling” to build brand.

While Li agrees content marketing can be a “powerful bridge” between consumers and brands, she tells AdNews it still carries the function of advertising, which is “to convince someone to buy something”.

“If content marketing isn’t a form of advertising, then what would the point be?” Li says.

“Anything an organisation does in terms of communicating with its targeted audiences, is and has to be a form of advertising, whether that is direct or indirect.”

Working at BBC StoryWorks, the branded content production arm of BBC Global News, Li heads up a team of four in Australia but is part of a network of 50 people across offices around the globe.

StoryWorks has worked with brands such as MINI and Qantas, as well as brands across travel, finance and, increasingly, universities.

Li says the resistance to label content marketing as advertising partly stems from the difficulty in measuring it, in comparison to traditional ads, despite most brands recognising its value.

“I think because measurement and attribution is still so difficult, people, including marketers, almost struggle to justify its existence,” Li says.

As an arm of a public broadcaster, StoryWorks is required to keep editorial content distinct from branded content, or content marketing, by clearly presenting it as paid advertising in its publications. Li says its team also sits separately from BBC’s editorial team which isn't allowed to touch commercial content.

“We never disguise a paid piece of content as editorial. We've been very, very strict about that, which commercially can be a challenge, especially in the early days," Li says.

“Not every brand saw the value in being so strict about the difference between editorial and commercially-funded content.

“However, over the past two years I’ve enjoyed observing the industry really grow in respecting that differentiation between editorial and commercial.”

Li argues readers respond better to branded content when both publishers and brands are honest with their readers.

Referring to a study commissioned by BBC StoryWorks, Li says audiences are happy to engage with content that is brand-funded, provided it’s labelled as such.

“Consumers are very smart these days, they know when content contains a commercial message and if it’s not labelled as such, they feel betrayed,” Li says.

“That not only jeopardises the editorial integrity of a publisher but it also has really great potential to damage the brand behind the piece of content.”

Li adds that while most publishers have a strategy of separating editorial and commercial content, most don’t follow it.

“I think a lot of publishers take a lot of risks around letting commercial messaging or commercial opportunities filter through into their editorials and that to me is very concerning,” she says.