BBC not pursuing streaming in Australia 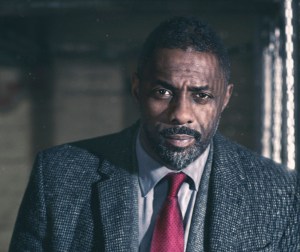 The popular BBC series Luther has become one of the staples of the BBC First drama offering.

BBC First, the linear broadcast channel for the British television network in Australia, isn't interested in competing with the likes of Netflix and Stan and won't pursue streaming in this market.

Speaking to AdNews, BBC Studios ANZ director of branded services Tim Christlieb says the network is confident in the linear strategy of BBC First and believes its integration with Foxtel best suits its audience.

Since launching in Australia four years ago, the channel has been focused on growing what Christlieb describes as "mainly older audiences" through its content partnership with Foxtel.

According to the network, BBC First has increased its Foxtel channel share every year since launch and saw strong ratings performance within the 25-54-year old demographic.

Hit shows on BBC First include the popular crime series Luthor, with Idris Elba in the titular role and Australian and NZ production, Top of the Lake.

In the year to date, live audiences on BBC First have seen an increase of 25% YOY for total people.

"We're up 49% year-on-year amongst the 25-54 demo which is obviously important for advertisers and for brands. We just want to continue the momentum at this stage," Christlieb says.

"They're watching the channel more often and that gives brands a real good opportunity to align with a real premium content offering."

While BBC's streaming service in the UK, IPlayer, has grown in popularity, Christlieb says the business has no plans to move away from its linear broadcast strategy.

IPlayer allows users to watch shows on demand, live, stream and even download them to watch offline anywhere.

Christlieb says Australian audiences tend to have more "traditional viewing habits" when it comes to viewing BBC content, compared to other markets.

"We do very well with our consolidated audience, so people are watching it post live airing as it were, but the vast majority of that is through catch-up which is still originating from a linear TV channel," Christlieb says.

"Our audience is typically slightly older than say a Fox 8 or one of the younger-skewing US focused channels. They are a more traditional audience and while that continues, there will be no plans to make it anything other than a linear TV channel."

As a channel within the Foxtel stable, the main commercial opportunity for the BBC is branded partnerships, according to Christlieb.

He says most brands are looking to incorporate the BBC name into campaigns rather than running a TV ad. These opportunities can include product integration through the channel or alignment with a particular program.

"For BBC First, the opportunity is in brand partnerships and really working with brands at the premium end of the advertising sector to align with our own premium product," Christlieb says.

"We've tried to highlight the premium nature of the content and how brands like Smeg, Travel Associates and Aldi in the past have managed to find really good synergy between their product and their campaigns and our content, and the audience that we naturally draw towards the channel."

Known for its drama programming, BBC First is a major part of the creation of Foxtel's new TV drama destination, Fox Showcase.

The new streaming channel, available through the Foxtel IQ3 and IQ4 boxes, acts as a home for all of Foxtel's drama programming, including its own original series and deals with the US cable networks.

The BBC is the biggest commissioner of drama in the UK, accounting for 47% of drama commissioned across free to air, pay TV and SVOD.

In September, BBC First announced a raft of new dramas which will premiere on the channel in 2018/19, including an adaptation of John le Carré’s spy thriller The Little Drummer Girl, a reworking of Victor Hugo’s Les Misérables, Baptiste, a spin-off from The Missing and Press, a series set in the rival newsrooms of a left-leaning broadsheet and a thriving tabloid.