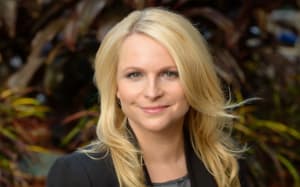 Kendall hit out at trading desk practices and outlined his frustration at the way programmatic trading desks make a buck by skimming revenue off the top of the efforts and investment publishers make in content.

“Publishers spend an enormous amount of money creating content and marketing to get eyeballs to view that content and the programmatic guys, all they do is aggregate the hard work everyone else does and earn on it on the way through. I think that’s quite shitty in the scheme of things. Publishers have spent a lot getting that content, getting that audience, and the trading desks are the ones that come in and say ‘we’ll skim the top of that’,” he said.

In response, Mi9’s national sales director Owens had a different view on the way programmatic should be viewed stating that the industry did itself and programmatic a great disservice by holding it up as a way to manage “cheap, remnant” inventory from the outset.

“That’s bullshit, we should never have done that.”

Instead, the programmatic business needs to become an agent of efficiency and reduced wastage, she said.

Mi9 wants to portray its programmatic business as a premium one and dispel the myth that it is “cheap and nasty”.

Mi9 isn't alone in the mission. MCN similarly launched into premium programmatic earlier this year by partnering with PubMatic to launch a platform it said offers high level of control and transparency for advertisers on high level inventory sold programmatically.

“Programmatic should be seen as a technology enabler to drive efficiency both for our business and for agencies. It’s the low cost RTB portion of programmatic that causes the angst around it. Whatever agencies do, they do," said Owens.

“Mi9 does not view programmatic as cheap, nasty inventory, we view it as our premium inventory, using the technology as an efficiency enabler. The more agencies that start to think about it in that way, and demonstrate to clients that it can deliver valuable audiences that are actually at a higher price point because there is more efficiency and less wastage, is where this industry needs to head with programmatic,” she concluded.

However, earlier in the day, GroupM chief revenue and investment officer Danny Bass had suggested publishers pushing content and audiences as premium and charging top rates for them, would struggle unless they coud articulate what it was that made them 'premium'.

For more content from the Media Sales Summit, check out the related links on the right, and pick up the next print edition of AdNews out on 30 May, where we'll have a run down of the big themes of the day. Subscribe here or get it on the iPad.