Bauer gets ACCC go ahead for Pacific Magazines acquisition 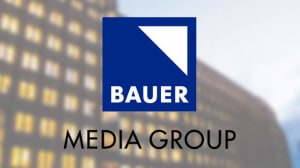 Bauer Media can go ahead with its acquisition of Pacific Magazines after the competition watchdog the ACCC said it won't oppose the deal.

The ACCC says the transaction isn't likely to substantially lessen competition in a market with falling circulation and a string of hard copy magazine closures.

The consumer watchdog had earlier voiced concern about the impact the deal would have on key weekly titles.

But today it left the way clear and Bauer expects the deal to be finalised April 9.

“The significant declines in the circulation and revenue experienced by many magazines are sustained, substantial and likely to continue, resulting in less investment in content and fewer retail promotions,” says ACCC chair Rod Sims.

“We note that some magazine titles have already closed, and others are likely to follow, regardless of this deal.”

“We also note that the content offered by the four key magazine titles, including celebrity news, ‘real life’ stories, puzzles, and food, health and lifestyle tips, is all available from other sources.”

“Ultimately, we determined that although there is a notable level of competition between the particular print titles, the transaction was not likely to substantially lessen competition because publishers in other media, particularly online publishers, will increasingly compete with Bauer.”

Bauer Media and Pacific Magazines overlap in the publication of print and digital magazines and in content published on digital platforms.

The ACCC assessed the impact of the merger, given the close competition between the parties’ key print magazines, Bauer’s Woman’s Day and Take 5, and Pacific Magazines’ New Idea and That’s Life!.

The ACCC found that while many of Bauer and Pacific Magazines’ customers value the tactile nature of physical magazines, they are often not regular buyers.

Increasingly others see online content as a ready alternative, and this should constrain Bauer’s ability to raise prices or reduce investment on content.

“Pacific Magazines has always been an important part of Seven West Media and will leave a lasting legacy, and I want to personally thank the hard working and dedicated team who have worked tirelessly to transform the business in response to changing market conditions," he says.

"These efforts mean that Pacific’s assets will have a bright future as part of a larger group with Bauer, and SWM will maintain a relationship through the successful television show Better Homes and Gardens.”