Australians are paying more than $35 a month for SVOD services 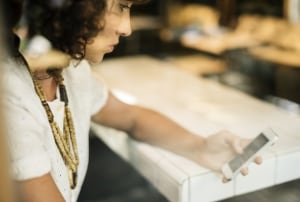 More than half Australia's adult population paid for subscription video-on-demand (SVOD) services in April 2019, with Netflix alone reaching 5.3 million subscribers, according to the latest research.

The average subscribing household pays A$35.30 per month for 1.9 SVOD services, with the average viewer watching almost 10 hours per week of TV series and movies alone.

After Netflix, Stan accounted for the second-biggest share of SVOD revenue in Australia, followed by Foxtel Now. Overall, Foxtel Now registered the highest average spend among its paying base, largely thanks to its A$29 per month add-on sports pack.

Among the surveyed services, Foxtel-backed Kayo Sports had the highest average viewing time, likely boosted by its coverage of IPL cricket during the survey period, as well as the highest proportion of viewers on a free trial.

However, sports consumption was more difficult to pin-point in a survey, due to seasonality and its event-driven audiences, but AMPD estimates that the average viewer’s total viewing of subscription-based content exceeds 12 hours per week.

“Competition for spend and viewing time is only likely to increase, driven by rising investment in original content as well as access to local and international sports,” AMPD Research managing director Anthony Dobson says.

“At the same time, Disney’s upcoming streaming service Disney+ will likely arrive in Australia sooner rather than later as part of its global rollout, undoubtedly becoming a key player in the Australian market.”

Dobson says the survey confirms that Australian consumers have embraced subscription streaming services at a pace that is "unmatched in any other major developed economy".

Adoption rates across demographics saw 52% of the under 45s paying for video streaming services, while take-up among those over 45 is around 48%.

More US and UK content is also widely sought after, with 58% of Australian SVOD viewers stating they would like to see more content from each country.

AMPD Research conducted an interactive online survey of Australian internet users aged 15+. A total of 2,100 interviews were administered according to representative quotas for age, gender and state/territory. The survey fieldwork took place from 6th to 15th April 2019.