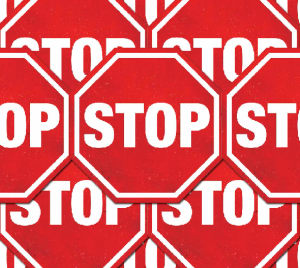 Israeli ad blocking company Shine signed an agreement with Three to block display and in-app ads across its mobile network. It will begin with Three's service in Italy, followed by the UK, Austria, Denmark and Sweden.

Matt Berriman, CEO of mobile technology company Unlockd, is in talks with senior executives at Telstra, Optus and Vodafone. He tells AdNews adblocking appeals to telcos because it "gets them a seat at the table or they think it is the best thing for their consumer”.

“The goal for the telcos is to provide the customer with the best experience while providing themselves with the best increase in revenue. Adblocking certainly doesn't achieve the latter," he explains.

“But trying to block Google, Facebook, Twitter and Yahoo, all the major publishers and ad players that control $50 billion to $60 billion in revenue doesn't come without its risks.”

Berriman says Australian telcos will “sit and wait” to see how adblocking plays out in other markets before taking an approach.

“They may choose to [follow] but whether they follow through from a long-term perspective is doubtful,” he adds.

Three's contract is not the first time Shine has deployed ad blocking technology. A similar agreement was implemented with Digicell in the Caribbean last Spring, affecting 13 million users.

However, Three is the first major telco to go down the network-wide adblocking route, joining smartphone makers such as Samsung.

If Three executes its plan, it would effectively switch off 20% of UK inventory, driving up the cost of mobile advertising and backing publishers into a corner.

“[For advertisers] it will drive supply down, demand up and yield up," Berriman explains. "For the market, it will create quite a stir and we are hearing that publishers with technology will block content if the ads are blocked.

“It will obviously drive publishers that are an ad-funded model to survive, eating into their margins and could potentially lead to journalists being fired."

Another major teclo that is “reviewing” the idea is EE, and there are several more looking into it, Berriman explains.

Telcos are attracted to adblocking for several reasons. Firstly, there's adserver creep, where an increasing amount of consumer data is taken up by ads.

Another sticking point is poor consumer experience, particularly around intrusive banner ads. The third reason, and perhaps the most pertinent, is that telcos feel they are being deprived a slice of the multi-billion dollar mobile advertising pie.

“[Three] is obviously concerned it is spending billions of dollars on spectrum, product and marketing to drive consumers through - those 30 million users - yet they are not making any revenue from the ads being displayed on mobile phones and the devices they are supplying,” Berriman explains.

However, net neutrality legislation that is being implemented across Europe could throw a legal spanner into Three's plans. The rules effectively mean telcos are not able to become online content and service gatekeepers.

A way around adblocking, which Unblockd offers to telcos, is a system allowing consumers to choose whether they see ads or not. Those that opt into ad visibility receive additional credit or data onto their phone bill.

“People are blocking ads because they don't see the value but what we are saying is if you see the ads we will deliver you value,” Berriman explains, adding that Unbolckd is in advanced negotiations with 15 major telcos around the world.

The debate around adblocking is a major issue the industry needs to grapple with this year. Comment below and share your views.