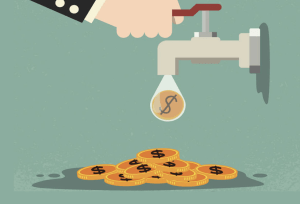 Major Australian publishers have been slow to adopt an industry tool that helps minimise ad fraud in programmatic trading.

The IAB launched the ads.txt protocol in May to identify legitimate sellers of inventory to DSPs. Both publishers and DSPs are required to adopt the protocol for it to be effective.

It helps reduce unauthorised reselling in the open marketplace and tackle the growing threat of domain spoofing, where fraudsters mimic premium publisher’s URL to trick buyers into buying inventory from an unrelated site.

Digital marketing agencies, including Publicis Groupe’s DigitasLBi and GroupM’s Essence, have warned publishers that they will only buy impressions from sites that have adopted the measure.

The Guardian confirmed to AdNews that it has adopted the measures globally.

Very few other large Australian publishers are among the 3,600-odd to have adopted the protocol, according to the IAB’s ads.txt crawler register.

AdNews could only find SBS.com.au and Fairfax Media’s brisbanetimes.com.au on the list. Other major digital mastheads from Fairfax and News Corp as well as the digital platforms of Nine, ABC and Yahoo7 were absent.

In the US, major publishers ESPN, Forbes, the USA Today Network, The New York Times, The Washington Post and the New York Post are adopters.

In the UK, the FT and News UK’s The Sun and The Times and also The Daily Mail have implemented it with other major media brands like the BBC and Independent planning to do so, according to Digiday.

The reason for slow adoption in Australia could be due to a lack of awareness or concerns about the impact on programmatic revenue.