Australian cinemas are premiumising to compete with streaming media 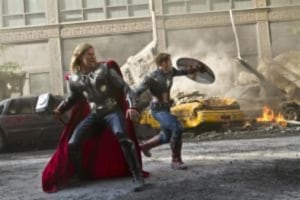 Australian cinemas are going the upmarket premium route, with better seats, screens and food, to compete against streaming media.

Citi analyst Sam Teeger says ASX-listed group's Village and Event Hospitality are competing with other cinemas, such as Hoyts, and non-traditional competitors, such Netflix, by premiumising .

"This includes refurbishments, increased focus on higher margin food and bev (not sure how much more expensive popcorn can go though) and introducing socially competitive games," he writes in a note to clients.

Consumer of content has been changing with more consumers staying at home and using subscription video on demand (SVOD) such as Netflix and Stan.

If Event refurbishes 20% of its traditional screens within the next two to three years, this could result in an attendance uplift of 30% per refurbished screen. Citi estimates this has potential to increase by 8% upside to Event's 2024 earnings.

If Village adopts the cinema refurbishment strategy it could represent 7% upside to its 2024 earnings, assuming a 10% lift in ticket pricing.

The expanded entertainment offering is likely to include competitive sports -- table tennis, bocce, shuffleboard -- and an extend food and drink offering.

Village is also introducing a new lay back, relax style seats at its new Clayton cinema complex in Melbourne which is likely to open in mid next year.

At a strategy presentation last month, Village said a higher ticket price would be supported by a "premium brand" campaign.

The health of cinemas lies a lot with the movies being show. A hit can make all the difference.

In the six months to June this year, the Australian box office finished down 5% on the same period last year.

The FY19 box office finished +1% ahead of pcp as the strong 1H19 (+9% weekly box office growth) was offset by the weaker 2H19.
There was a lack of blockbusters carrying over into January compared to January 2018, which benefitted from Jumanji: Welcome to the Jungle, Star Wars: The Last Jedi and The Greatest Showman.
And potential blockbusters such as Mary Poppins Returns brought in a disappointing $20 million.

Over the same six months, Event Hospitality & Entertainment, including its hotels, had $673.3 million in revenue, up almost 2%, and profit of $67.5 million.