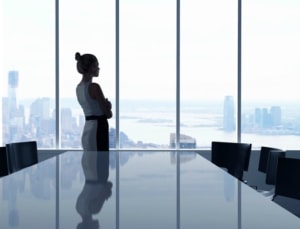 A viral blogpost exposing misogony and misconduct in the global advertising industry has prompted a closer look at the role of women in Australia's own landscape.

Following the post, written by brand strategist Zoe Scaman and titled Mad Men.Furious Women., a group of marketers have issued a declaration aimed at putting harassers in the industry on notice.

Now AdNews, with the help of gender equality advocate Femeconomy, has asked a range of leaders across brand strategy, human resource consulting and publishing to weigh in on the role of women in Australia's advertising, media and marketing sectors.

This includes boardroom and C-Suite representation, culture and future outlook.

Q: WGEA data shows full-time gender pay gaps still exist and C-Suite representation is as low as 10.5% in some media categories. What's behind this?

While it’s well established that women dominate consumer decision-making, it’s equally well-known that despite marketing degrees being female dominated—the leadership and department heads at many media and advertising companies remain predominantly male. Why is this so? Like most issues of inequity, its causes are multiple and intersectional.

The media has always been considered a cutthroat industry where only the fittest survive. And the norms of this ‘fitness’ have clear historical roots—in gender, class and race.

With ego-driven media tycoons not merely in the fictional realm of Citizen Kane, but the reality of the Barclay brothers in the UK, the Berlusconis of Italy, and of course the Murdochs of Australia, and beyond—newspaper men and the more polished admen were the industry’s norm.

Even the modern incarnation of mainstream media, the dominant social media companies, have male ownership—from Zuckerberg to Dorsey, to Spiegel. Across every generation, white men have continued to dominate and wield the financial power behind the mediums that shape the message.

When you also consider that advertising is—despite all protestations—historically more of a sales space than the creative image it now prefers to own, it can be further understood why the industry has attracted a specific form of emboldened masculinity.

This sales culture—which has rewarded long hours, a win-at-all-costs attitude, and a seemingly endless devotion to the job—is certainly one that has struggled to embrace women, and a diversity of men, too. Had advertising been more creative from the outset, perhaps we can speculate that this would not have been true.

Perhaps the greater lesson here is that a lack of diversity always breeds the same, which is why I believe it has taken so long for women to break through.

But today the core of our industry is shifting—albeit slower than most of us would like. Creative skills are increasing in their value, and the hope is that as our industry shifts more towards an ideas economy—where creativity and depth of thought are more critical to revenue—it will temper its testosterone and be a welcome space for a diversity of leadership.

Sadly, dinosaurs don’t become extinct overnight, and entrenched norms and old ways of doing things don’t easily move, but hopefully the evolution that’s now taking place will see a shift not just in gender dominance, but in age, race, culture and identity, so the people who create the message better reflect those who we truly want to receive it.

Q: Has there been an improvement of leadership in the agency landscape?

In 2016, a report by industry body The Agency Circle found that at a C-suite level (Chair/CEO/MD), there were just 16% women, while men took up 84% of positions. In 2019, the Communications Council (now the Advertising Council of Australia) Salary Report found that there are just 27% women in senior management compared to 73% men.

So, to answer the question I would say ‘We have gone from just 16% women in the c-suite in 2016 to as high as 27% in 2019'. That figure may or may not have been affected by Covid-19, as we know the pandemic has had a disproportionate affect on women. Either way, we are making progress but still have plenty of work to do when it comes to equal representation in agency leadership.

Q: How does this compare to the broader representation of women in Australia's business landscape?

Annually, Femeconomy reviews the percentage of female leadership across approximately 1500 brands. In 2016, 722 brands had at least 30% women on the Board of Directors or were 50% female owned. This year over 870 are Femeconomy approves, so we are seeing an increase in female leadership.

However, although this year 37 brands became Femeconomy approved for example Nike, Levi’s and JB Hi-Fi, 37 slid backwards including Cotton On, AIG Insurance and Jigsaw.

Businesses appear to be hitting the 30% target and stopping there. That means if they lose just one woman from the board, they fall below the threshold again.

30% is a tipping point. Research shows that that is where voices who are part of the minority are heard in their own right, rather than simply representing a minority.

We know that companies with female leaders are more likely to employ women. A company with a female founder and a female executive will employ 6x more women. These companies are increasing women’s workforce participation, are more likely have workplace flexibility and less likely to have a gender pay gap, helping to advance gender equality in communities.

Q: What is the pathway forward for women in leadership and misogony in the workplace?

In my experience many of the challenges surrounding women’s leadership and the prevalence of misogyny and harassment in the advertising industry are similar to issues in the legal industry. You’re dealing with a very established, powerful and profitable industry. Advertising has a huge influence on social behaviours and attitudes, just as the country’s law-makers and legal professionals do. People in power are therefore very influential both within and outside of their profession.

Positions of power have been created and enabled by a traditional hierarchical approach to the workforce and leadership. What we still see today is gender balance in relevant tertiary courses, entry level jobs and mid-career roles. But when it comes to the C-suite and the steep climb to the top of the mountain, the industry starts to look extremely male-dominated and any sense of gender balance fades.  It’s little wonder that places such as the Australian Club still exist in this day and age.

So if there is gender balance in the early stage career roles – why are these issues still prevalent in this day and age? Because traditional female-unfriendly attitudes and systems still exist. Despite advances in modern day thinking and community standards progressing, culture change has not occurred at the top of many organisations.

To get culture change you need to critically examine and then change both behaviour and the systems and processes that enable toxic or disempowering behaviours to perpetuate.

The issues that continue to impact women include:

⦁ embedded perception of women as primary carers in the family
⦁ an over-focus on women’s need for career-breaks during childbearing years, and
⦁ larger focus on women’s appearance (compared to their male colleagues).

Leaders who genuinely want to improve the role of women in the workplace need to start with a focus on the workplace culture – not the numbers. Too many companies focus on ‘diversity data’ and count the number of women that work there and their efforts stop there. Counting men and women sounds like an exercise of filling Noah’s Ark…

Culture change needs bravery and a willingness to hold the mirror up. Any organisation or leader genuinely committed to improving the status quo needs to hear about the lived experiences of people who work there at all levels of the organisation plus the people who have left or do not want to work there in the first place.

This is why the stories of Brittany Higgins and the women who have spoken up as a part of the #metoo movement have got so much traction. Because personal revelations of the good, bad and ugly of working there is much more revealing than an excel spreadsheet.

Once a leader or organisation is aware of the true state of the culture and negative workplace behaviours and norms, they need to commit to changing them. When it comes to the perception of women as primary carers and not being equally committed to their career compared to men – this is an opportunity to work together with men as allies.

There is an abundance of research that confirms modern men also want to be actively involved in their families and caring for their children. We need to take an ungendered approach to supporting parental leave and encouraging male role models to stand up.

Finally bad behaviours cannot be excused or swept under the carpet. For many years the inappropriate conduct of powerful and profitable senior males has been conveniently overlooked – but in the current climate the long term brand and reputational damage will far outweigh any short term profitability.