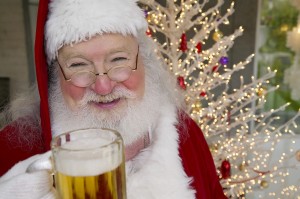 The November/December Christmas advertising surge is coming, according to Nielsen Ad Intel data.

Not only does the quarter have Christmas but also the increaassingly important Black Friday on November 29 and Cyber Monday on December 2.

The three sectors spent a combined $105 million in November and December last year.

According to a survey by marketing intelligence company MiQ, a lot of Australians (56%) start holiday shopping in September looking for gifts for a significant other or their children.

Australians, compared to shoppers in the US, Canada, and the UK, are more likely to use mobile devices for every holiday shopping-related task, including browsing online, reading product reviews, and making purchases.