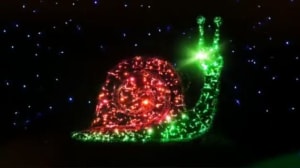 Growth in spending on digital advertising slowed in Australia in 2019 to 7.1% compared to 11% in 2018, reflecting a downturn in the overall market.

The latest IAB Online Advertising Expenditure Report, prepared by PwC, shows 45% of digital advertising was attributed to Search and Directories, 37% to General Display and the remaining 18% to Classifieds.

“When we look at some of the notable drivers of this growth, it’s clear that small and medium business investment in digital is growing at a higher rate than traditionally larger advertisers.

“There are also some key category shifts. Automotive is again the largest advertiser category for display, but for the first time it is also the largest video advertising category - taking over from FMCG as their spend softens.”

In the 2019 financial year, all online revenue categories showed growth. Search and Directories was the strongest, up 8% in the twelve months to June. General Display was up 7.4% and Classifieds 4.2%.

Video and mobile continue to gain share of digital spend. The total mobile advertising market, inclusive of search and display, increasing by $1 billion (or 28.4%) to $4.6 billion.

Video is the fastest growing format of the $3.4 billion display market and now accounts for 44% of total display.

Classifieds were down by 5.9% with declining consumer confidence impacting listings.

This is followed by content, native and infeed at 34% and banner/ standard display formats at 17%.

Almost half (49%) of general display advertising viewed on content publisher’s inventory was bought by media agencies via an insertion order or non-programmatic method, down from 58%.

One third (33%) of general display advertising was bought programmatically, an increase of 4% on the previous quarter; taking share from media agencies.

connected TV (CTV) contributes significantly to this with 53% of content publishers’ CTV inventory being sold programmatically.

Standard display and infeed/native/content for content publishers are still primarily purchased by agencies at 44% and 55% respectively.

The two advertiser categories that increased their share of display spend for the quarter were Government at 6.7% up from 5.1% last year driven by election spend and Travel which has gradually increased share over the last year to now represent 7.3% of display up from 5.7% last year.