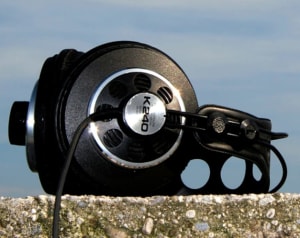 Official figures unveiled by the global peak body for the music business show that ad-supported streaming rose by 38% year on year in 2014, but almost half of all those engaging with music online are choosing subscription services and skipping ads altogether.

The International Federation Phonographic Industries (IFPI) shows that there has been a 38% rise in those using ad-supported streaming sites such as Spotify and Guvera.

However, in what will prove an interesting dynamic for the advertising industry, the number of paying subscribers – those opting to listen to music without ads - worldwide increased by 46.4% in 2014 and now stands at an estimated 41 million, a five fold-increase in the last four years.

Video streaming, meanwhile, continues to grow in popularity worldwide. Advertising-supported revenues, largely from video
streaming services such as YouTube, increased by 38.6% in 2014.

Consumer research published in the report, conducted by Ipsos in 13 of the world’s leading music markets (including Australia), shows that 57% of internet users have accessed music videos on ad-supported video sites such as YouTube in the last six months.

Authentic Entertainment, which represents the official video channel for the bulk of the record labels on YouTube – Vevo - in Australia, has revealed that the platform has clocked up a 67% year on year increase.

The bulk of viewing on the channel, and its associated videos, has been driven by mobile uptake which has grown 81% since the same time last year.

Authentic Entertainment strategy and marketing director Jonathan Hopkins said: "Ad-funded video streaming is going from strength to strength within the Australian music landscape. We have seen strong growth in Vevo over the past 12 months and its popularity continues to rise rapidly. We're buoyant about what the future holds."

The IFPI issues a global digital music report on an annual basis. Although it broke out the percentage increase it failed to attach a figure to the total number accessing all music platforms.