ARN says it's not impacted by iHeartMedia bankruptcy 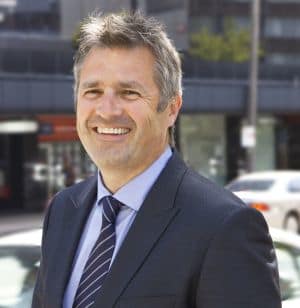 Australian Radio Network (ARN) CEO Rob Atkinson tells AdNews it's business as usual for its podcast platform iHeartRadio, despite its US owner iHeartMedia filing for bankruptcy.

Last week the US-founded company, whose free broadcast and internet radio platform iHeartRadio is used by ARN, revealed its plans to implement a “balance sheet restructuring”.

It said it had reached an agreement in principle with holders of more than US$10 billion of its outstanding debt and its financial sponsors.

“The agreement reflects widespread support across the capital structure for a comprehensive balance sheet restructuring that will reduce iHeartMedia’s debt by more than $10 billion,” a statement read.

The business said it would continue operating the business “in the ordinary course”.

Atkinson tells AdNews that it does not expect the iHeartMedia Chapter 11 proceedings to “in any way” impact the current licencing arrangement.

“iHeartRadio Australia will continue to operate as usual as ARN continues to implement our strategy to further build the platform’s presence in the Australian market,” Atkinson says.

A statement from iHeartMedia said: "To implement the balance sheet restructuring contemplated by the agreement in principle, iHeartMedia and certain of its subsidiaries, including iHeartCommunications, have filed voluntary petitions for relief under Chapter 11 of the US Bankruptcy Code in the United States Bankruptcy Court for the Southern District of Texas, Houston Division."

IHeartMedia chairman and CEO Bob Pittman says it has created a “highly successful operating business”, generating year-over-year revenue growth in each of the last 18 consecutive quarters.

“We have transformed a traditional broadcast radio company into a true 21st century multi-platform, data-driven, digitally-focused media and entertainment powerhouse with unparalleled reach, products and services now available on more than 200 platforms, and the iHeartRadio master brand that ties together our almost 850 radio stations, our digital platform, our live events, and our 129 million social followers,” Pittman says.

“The agreement we announced today is a significant accomplishment, as it allows us to definitively address the more than $20 billion in debt that has burdened our capital structure. Achieving a capital structure that finally matches our impressive operating business will further enhance iHeartMedia’s position as America’s #1 audio company.”

In Australia, iHeart Radio, which offers access to stations such as ABC and SBS as well as local stations and podcasts, not only allows users to build their own playlists from music genres and varying artists, but also lets you mark songs with a thumbs up or down. The rating of songs helps the platform's algorithm work out what you want and, in turn, can create curated playlists for you.

Speaking to AdNews late last year, Atkinson said its podcast platform iHeartRadio had been growing and also saw a huge spike in listeners, following the demise of Pandora in July last year.