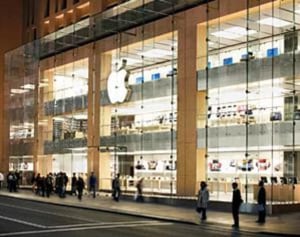 Apple is giving consumers more control over whether or not they want to be tracked across apps and sites by other companies.

This was one of several major announcements made this week at Apple’s Worldwide Developers Conference that will impact app development and app ad monetisation.

The news follows widespread speculation that its Identifier for Advertisers (IDFA) was going to be axed.

IDFAs help an advertiser identify the specific phone where the ad action takes place, playing an important role in the attribution process.

While it didn’t explicitly get rid of IDFAs, the tech giant announced it will bring its Limit Ad Tracking function out of its hiding spot in the settings menu on iPhones and directly in front of consumers when they download an app.

This will likely result in most people opting out and hindering chances for advertisers to get in front of app users.

iProspect national head of analytics and measurement Thomas Galluzzo told AdNews the move will make it harder for both brands and app developers.

“Brands would need to consider how they use ad-app targeting in their strategies especially as Apple accounts for a very high amount of apps and app users,” Galluzzo says.

“Moreover, measurement of how users come to your app, will also become difficult and therefore it will be hard for marketers to understand what marketing channels to invest in to acquire users.

“For app developers that monetize their app through advertising, it will become more difficult to understand who their customers are. Therefore it will be hard for them to sell ad space to brands if they can’t guarantee the right audience.”

The new app-tracking controls will enable users to see what apps they’ve granted permission to cross-track them and revoke that permission at any time.

IAB Australia technology lead Jonas Jaanimagi says while it is good for privacy-conscientious consumers, the new notifications will be detrimental for developers that rely on an ad-driven business model and will limit reach and scale for advertisers.

“App developers will have to focus on building out their own data-related capabilities for buyers and carefully consider the consumer value of any cross-app tracking functionalities,” Jaanimagi says.

“The consumer benefits and the value exchange for any related advertising experiences will have to be made very clear.”

Alongside its new cross-app tracking controls, Apple announced a raft of other privacy control measures for the new iOS 14 and iPad iOS 14.

The brand will no longer allow apps to see users’ exact locations.

Instead, apps will only have access to “approximate” locations.

Jaanimagi says Apple has split the entire planet into regions that make up roughly 15 to 20 square kilometres.

This will lead to increased limitations on location data for advertising.

App Store listings will also require all apps to have what Apple is referring to as “nutrition labels”.

This means all apps will be required to detail their data practices in plain sight to users prior to being downloaded.

“Consumer benefits and the value exchange for any related advertising experiences will have to be made very clear,” he says.

Apple had already removed third-party cookies from its own web browser Safari three years ago, however ID5 CEO and co-founder Mathieu Roche says this latest update was likely done so the tech giant could be seen as sitting at the forefront of user privacy protection.

“Apple, and Google for that matter, have been doing a great job in portraying themselves as the defenders of privacy, and those who help to build a better world whilst making changes and taking decisions that strengthen their advantage and benefit their revenue,” Roche says.

“Once Google announced that it will deprecate third-party cookies ‘within two years’ it was almost inevitable that Apple will need to appear to be protecting users' privacy on mobile phones.”

Despite introducing these new privacy controls on its apps, Roche says the measures aren’t as strict as when third-party cookies were removed from Safari.

This is likely to be due to the amount of revenue Apple makes from its apps compared to the browser.

The company takes a 30% cut from all apps, of which a large portion of the revenue is made through advertising.

Roche says there are several loopholes with the new privacy controls which show Apple isn’t as serious about privacy as they appear to be on the surface.

Firstly, app developers are required to “self declare” data usage within the App Store.

This includes data collected and used by third parties such as software development kits (SDK).

“In comparison, Safari auto-detects javascript libraries used for tracking and blocks them by default,” Roche says.

When it comes to consent for cross-app tracking, it is only required for traditional advertising purposes such as profiling of users and targeting of ads.

“On Safari, ITP (Intelligent Tracking Prevention) prevents all forms of tracking, irrespective of its scope or purpose.”

He also notes the importance of attribution for the app ecosystem, which helps to fuel in-app advertising and encourages app developers to advertise for downloads.

“Apple is now doubling down on the SKAdNetwork API, which provides performance KPI at campaign - rather than user - level,” Roche says.

“It is adding some level of granularity such as app-level attribution while keeping all the intelligence hidden from advertisers.

“This decision reminds us of Google’s Privacy Sandbox approach, and illustrates the fact that privacy is important as long as it strengthens Apple’s control of the ecosystem.”

What next?
This year has seen a whole host of changes impacting identity and how advertisers track and learn about consumers.

Kicking off the year with Google Chrome joining Safari and Firefox in getting rid of third-party cookies, the IAB Tech Lab also made a recent announcement that it would “sunset” DigiTrust in July.

DigiTrust, which was developed by the IAB back in 2014, was designed to aggregate third-party cookies and allow supply-side platforms (SSP) and publishers to sync cookies with demand-side platforms (DSP).

Instead, the organisation is continuing to focus on another identity initiative.

“IAB Australia and our members are working closely with IAB Tech Lab to ensure we have solutions developed that are suitable for the local market and continue to help support marketers' investment in digital advertising.”

As an ID vendor, Roche says ID5 fully supports the IAB’s move to close DigiTrust and focus on Project Rearc.

“We believe Project Rearc's effort to define guidelines and best practices for ID vendors is very important to ensure that identity doesn't become a ‘Wild West’ that would be detrimental to the entire market,” he says.

“As an industry, we have taken this privacy narrative for granted. In reality privacy and data protection regulations are about what you do with the data, not about user IDs.

“We need to be transparent with users on how we collect and what we do with their data in order to empower them to decide whether to give it or not. We need help from the industry bodies to ensure the value exchange is better understood.”