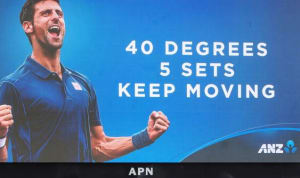 APN Outdoor has posted solid revenue growth driven by the transition to digital billboards – the second major outdoor company this week to be buoyed by digital.

The result means that rival and potential merger partner OohMedia has overtaken it, by the slimmest of margins, as the country's largest outdoor business in terms of revenue ($336.1 million), but still trails in EBITDA ($73.4 million).

This could be due to the fact that OohMedia is a bit further ahead in the digitisation of assets. APN Outdoor generates 34% of revenue from digital compared to OohMedia's 46%.

The majority of APN's new large format screens (31 of 35) were installed in the second half of FY16 and during this period 37% of revenue came from digital. The majority of these are placed in Melbourne and Sydney (see below). 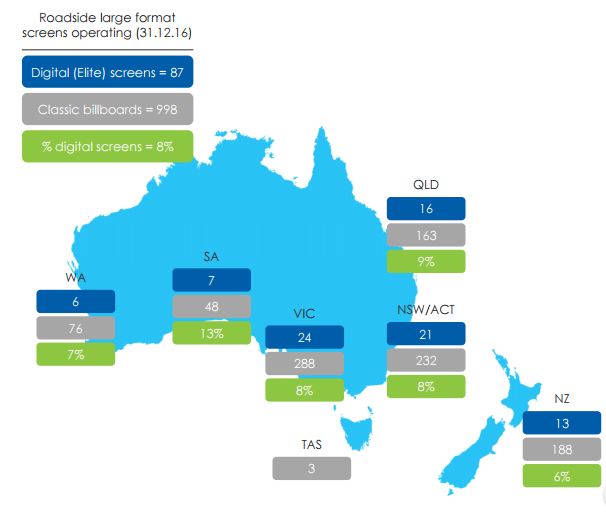 The spike in airport revenues was helped by major asset upgrades at Sydney and Auckland airports while rail benefited from the FY15 roll out of assets in Brisbane and Adelaide.

APN Outdoor said that an initial trial of CATCH service on public transport had yielded positive results in spite of the flat results for transit. CATCH provides 27-inch screens with Sky News ans Sports on buses as well as allowing commuters to connect to WiFi and offers personalised content bundles on mobile phones.

The outlook for APN Outdoor depends on whether its mooted merger with OohMedia is passed by the ACCC and a shareholder vote in April.