ANALYSIS - Did Ronaldo’s snub move Coca-Cola’s share price, and should they have seen this moment coming? 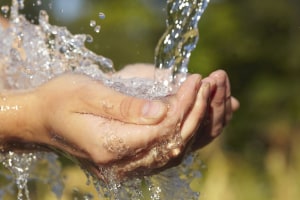 As play continues for the UEFA European Football Championship, Coca-Cola, a top-tier sponsor, has already experienced a loss with $4 billion wiped off its market value.

What was the catalyst for this staggering drop in share price? A slew of news articles attributed it to a snub of the brand by Cristiano Ronaldo, Portugal football captain and health enthusiast, during a press conference.

Yet could a fleeting brand moment in which Ronaldo comically pushed the strategically placed Coca-Cola bottles aside in favour of "agua" impact the market value of the drinks company so quickly and so significantly? The answer is yes and no.

There are certainly outside forces at play – for instance, confounding events that happened at the same time and overall market movement which indicated the US stock market was trading low.

Undoubtedly, though, Ronaldo CR7 is not only an iconic footballer but also a powerful personal brand and influencer. We also know that brands can and do impact the financial value of the company, whether this happens under the control of the company (i.e., Coca-Cola’s investment in UEFA EURO sponsorship) or not (i.e., Ronaldo’s Coke bottle brush off).

Marketing research has started to close the gap between what happens in marketing and what happens on Wall Street. Specifically, this shows that brands can influence the four drivers of shareholder value. Looking at these drivers one by one shows how a seemingly minor brand event might affect share price for better or worse.

Take a brand like Star Wars, which has phenomenal popularity. The Star Wars brand charges a price premium and has been extended into new markets such as children’s toys. In this way, the brand raises revenues and lowers marketing costs, towards greater cash flow level and shareholder value.

But when something bad happens to the brand, such as Ronaldo’s snub, this might temporarily weaken Coca-Cola’s image and performance, decreasing revenues and increasing costs, flowing on to shareholder value. Of course, this is not an inevitable chain of effects, but suggests the sort of heuristics that may be used in valuation.

Riskiness of cash flow is the second driver. When a brand makes cash flow less volatile and vulnerable, shareholder value grows. Loyalty programs are a classic marketing tactic for shoring up a base of customers, so they don’t defect and take spending elsewhere.

While Ronaldo’s rejection of Coca-Cola was brief and done with a cheerful smile, his personal brand espouses values of healthy living. Coca-Cola being signalled as unhealthy by a personality like Ronaldo may temporarily switch customers away from the brand, making cash flow riskier and reducing shareholder value.

Timing of cash flow is the third driver, and brands aim to accelerate the speed of cash flow to the business. Strong brands attract faster responses to their promotional efforts – think winding customer lines outside Apple retail stores on product launch day. Coca-Cola might expect a temporary downturn in customer attitudes and willingness to purchase and recommend the brand, slowing down cash flow and shareholder value.

The fourth and final driver of shareholder value is the residual value of the business. For instance, loyalty programs that stratify customers and reward high status aim to increase long-term business value by building relationships with profitable customers. While Coca-Cola has an enduring brand equity which is a bedrock of shareholder value, a similar public event could potentially shake the size and loyalty of the customer base for a weaker brand.

There are several take aways from the reaction to Ronaldo’s Coca-Cola brush off. One is that the stock market is fickle and movements cannot necessarily be attributed to a single cause. Ronaldo’s gesture coincided with a massive hit to Coca-Cola’s market value and the marketing theory shows why.

But, Paul Pogba, a French footballer with a large following who is Muslim and does not drink alcohol, similarly snubbed Heineken as a sponsor. This went mostly unnoticed by the stock market.

There are also questions to ask about sponsorship decisions. The importance of fit in sponsorship is well established. Why didn’t Coca-Cola choose a different brand from its stable that resonates more closely with the lifestyles and values of elite athletes? Would a sports drink brand like Powerade or water brand Glaceau Vitamin Water have been better aligned with Ronaldo?

In 2021, what is the relationship between categories like alcohol and soft drink and the world class athletes that are the faces of major tournaments and use these platforms to speak out about their values? Was this brand moment one that Coca-Cola really should have seen coming?

Amanda Spry is a lecturer in marketing at RMIT University.