Almost as many advertising agency models as marketers 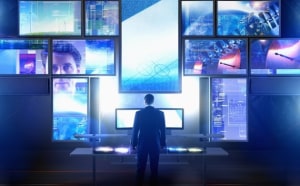 Brian Wieser, Global President of Business Intelligence at GroupM, believes agencies have a lot of potential to produce substantial ongoing value to marketers.

Weiser, who is speaking at the AANA’s RESET event next month, says agencies concentrate relevant expertise to a degree that no marketer can.

“The more complex marketing becomes, the greater the value that can emerge from agencies,” he says.

“However, value is not always connected with spending or pricing. While that doesn’t mean the industry’s turnover or profits will grow as fast as we want it to in any given year, it does mean that it will be durable.”

Wieser thinks there will be almost as many varieties of agency business models as there are marketers with different organisational structures of their own.

And that means agency parent companies need to find ways to maximise flexibility of structure while providing scale wherever they can.

In Australia, SMI (Standard Media Index) figures are showing what some analysts, including those at Morgan Stanley, are calling an advertising recession.

However, Wieser says media agencies are generally doing reasonably well around the world but are individual countries where this will not be true.

“Within agency holding companies, it has usually been the traditional “creative” agencies which have struggled,” he says.

“This trend goes back to the differences between value provided and client willingness or ability to pay for those services, relative to the alternatives available to them.

“Right now, creative agencies have found they need to reinvent their offerings to better match what clients are willing to pay for, such as digital experiences and high-volume / low-cost creative assets.”

Following the flow of client money, Wieser says the brands to watch are those owned by digital companies, including Google, Uber, Netflix, Expedia, Ebay.

“These companies are accounting for a disproportionate share of the industry’s spending growth,” he says.

“They have very different needs than the brands they replaced, or the industries they are displacing. This is causing advertising growth that is faster than might otherwise have been expected in at least some countries - such as the United States.”

As these digital companies mature, spending will increasingly include non-digital media.

“In general, as economies around the world favour marketers whose businesses exist primarily online, digital media will continue to benefit disproportionately,” he says.

“Growth for the digital platforms should continue for the foreseeable future, but that growth is also likely to decelerate over time to eventually match industry growth levels.