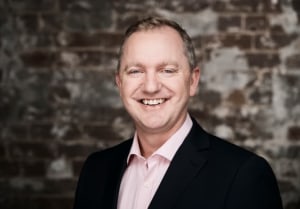 Parsons was previously the chief digital and marketing officer at Nine before departing in 2017. He was then named the CEO of Adcorp tasked with growing the ad agency after a challenging period in which they had taken Dentsu Mitchell to court.

Speaking to AdNews, Parsons says he will leverage his skills, experience within the network and passion to help achieve a strong outcome for both Nine and the prospective buyer.

"The events business is a solid asset and there's an opportunity for me to help that business through the transaction and transmission from Nine to a future owner," he says.

Nine hopes to continue to have a strategic commercial partnership with events such as Sun Herald City to Surf and the Good Food Month, however Parsons says it's not a condition of the sale.

"The events business has strong synergies with the media business. With any transaction we want to hopefully continue those relationships on commercial basis. I expect it to be beneficial to future buyer as well as Nine," Parsons says.

"Nine doesn't necessarily need to own the events assets to get the commercial benefit."

Parsons replaces Martin Jolly who has run Fairfax's events business since 2017. According to the AFR, Jolly is leaving the top job to allow him to join one of the companies that could buy the events business.

Nine flagged the sale of Fairfax Media's event business, which includes The Sun-Herald City2Surf and the Good Food Month, following the mega merger between the two companies in 2018.

Reports suggest there are several parties interested in the events assets including Motiv, Saxton and IMG - where Jolly previously worked. Parsons was unable to comment on potential buyers.

Parsons led a restructure of the Adcorp business during his nine months at the ad agency in a bid to return to growth. The restructure resulted in Adcorp reducing its size significantly, going from 100 to 40 people, launching a new brand identity and raising capital to secure its future.

As Parsons departs the business, previous CEO David Morrison returns to the top position and will now lead the streamlined agency.