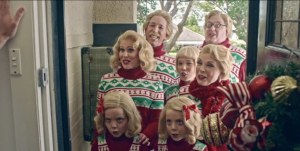 He is being replaced in February by Mark Richardson, who joins Aldi from BT Financial Group. He has also held roles in agencies including Banjo and M&C Saatchi and previously worked in Foxtel's marketing department.

The retailer confirmed the move but was unable to provide any further details.

Viney, who took on the marketing director role in May 2013, was previously the group account director on the Aldi account at ad agency BMF. Since then the retailer has been lauded for making ads that break the retail category's rules and stand out in a tough category.

It's Australian versions of the Like Brands, Only Cheaper campaign have won awards, and its 2015 Chritsmas campaign won two silverand a bronze Effie.

Viney was named ADMA’s marketer of the year in 2015, after only going client side in 2013. He spent 10 years working his way up through agencies including five years a BMF and stints at Y&R Group and Saatchi & Saatchi.

He takes on the role based in Germany in March.