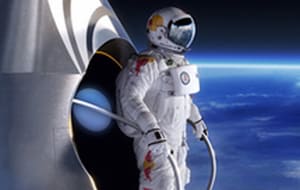 Day two of the Adobe Digital Marketing Summit and some themes are starting to emerge from the sessions and the conversations going on in the hallways and networking areas. I’ve pulled out some of the more interesting conversations below:

The post-digital era
Bill Briggs of Deloitte Digital reckons we’re living in the ‘post digital’ era – where digital is the basis for competition – it’s the foundation for the way we do business, entertain ourselves, educate ourselves and fix ourselves when we become ill. And most innovation and disruption will happen through digital.

Dual screen
Seems pretty obvious – and in Australia with our high penetration of tablets, not really big news but speakers from NASCAR, and NBC presented some hugely compelling stats around dual screen entertainment. Julie DeTraglia, SVP, Strategic Digital and Broadcast Marketing Research at NBC found that during the London Olympics, dual screen viewers spent an average of 73% longer watching TV, with live streaming and social media fuelling prime time broadcast viewing rather than cannibalising it.  Mark Jenkins, VP Digital Media for NASCAR also reckoned that dual screen viewing enhances rather than cannibalises the broadcast event. And Adam Bain, CRO at Twitter has been working with Nielsen to develop the Nielsen-Twitter TV Rating – looking in more depth at how social impacts on TV ratings by overlaying social conversations.

‘Leading with social’ is not something we should be aiming for
Neil Bedwell, global head of digital for Coca-Cola, rejected the idea that marketing should ‘lead with social’ (as opposed to with advertising). According to Bedwell “everything we do is now social. If it doesn’t gain any social traction then it’s probably rubbish”. He described the typical Coca-Cola marketing campaign as a ‘multi-course meal’ where specific small pieces of activity are deployed to specific audiences, building to a crescendo – like Coke’s World Cup or Olympic campaigns. In this scenario, social is “…the wine. It just makes everything louder and more fun”. He continued “so, we’re trying not to communicate, inside and outside Coca-Cola, to do social first – it’s to use social to make everything bigger”.

Social is emerging as a key influencer for SEO
Speakers from HGTV, hotels.com, Scripps Network and Adobe talked up social’s ability to drive SEO. This was a key part of Google’s Penguin algorithm update last year, and so pretty obvious and logical, but a number of speakers here have proved the point, seeing clear improvements to ranking linked to social activity.

Bravery is needed
Received wisdom told NBC that they shouldn’t stream live videos during the Olympics – but they did: 3,500 hours worth of it. They got smart with their advertising, introducing branded skins, push backs and lower thirds to drive revenue. Mark Jenkins of NASCAR says “you need to sacrifice short term gain to drive long-term ratings”. Oh, and Felix Baumgartner talked about jumping out of a capsule on the edge of space and ‘not knowing what breaking the sound barrier would do to a human body. Puts things into perspective a little.

Felix Baumgartner explains why you need to be brave to jump out of a capsule in space.

The digital future
According to John Batelle, who embarked on a crystal ball-gazing episode, everyone’s personal data on diet, fitness, heart rate, blood pressure etc will be stored in the cloud and used to prompt lifestyle modifications, but just as importantly this data will have huge implications on life expectancy and therefore the way we plan for social care, and on health insurance. 3D printing will completely disrupt our manufacturing and distribution industries. And Google Glass, projecting data onto the physical world, is the first step on a journey that will see the digital and the physical merge. All of this data will need a massive infrastructure, and that’s what’s being built right now with the programmatic ad tech ecosystem.


Content is still king
Neil Bedwell at Coca-Cola talked about content – and specifically contextual stories – as the fuel for Coke’s digital marketing. He emphasised that Coca-Cola doesn’t try to be the hero of these stories but rather a facilitator – and that it doesn’t try to generate all of the content but instead inspire people to generate content on its behalf. Of 170m views of videos featuring or mentioning Coca-Cola on YouTube last year, one quarter was stuff made by Coke. Three quarters was stuff made by other people. And one of Neil’s goals for the future was to ‘put out more content’. Meanwhile, according to Adam Bain, the ‘secret sauce’ to successful use of the Twitter sponsored post system “comes down to two things. On Twitter you can be fast, or you can be good, and sometimes you can be fast and good. What we stress first and foremost is the content, as the ad unit itself looks and feels like organic content. You can’t really use the platform if you’re not organically good on the platform”. Twitter’s auction system actually rewards marketers for being ‘good’ (ie being interesting, engaging, thought provoking, entertaining – or offering a great deal) rather than being ‘loud’: it actively rewards quality content. Of course, working for a content marketing agency I would advocate for content – but it’s nice to have some support!