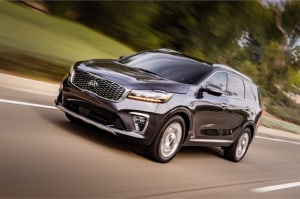 Digital agency Admatic has been hit with a round of redundancies following the loss of automotive client Kia Australia, AdNews can reveal.

Independant shop Admatic had the the car giant's digital and programmatic business for three years, with Havas Media running the $19 million media account, which it won in 2017.

Admatic national MD and managing partner Matthew Crook confirmed with AdNews that there had been "a small number" of redundancies, but remained confident that despite the account being one of its largest, the loss would not lead to further significant impacts.

"With any restructure there is a small number of redundancies to be made, however, we have also picked up some new business, with four clients set to be announced over the next two weeks and we will be moving employees onto those accounts as well," Crook says.

"Obviously the Sydney office has felt the impact of this loss but due to the success of our Melbourne office, as well as our early momentum in the New Zealand market, we remain in a good position within the market and have high expectations for the business moving forward."

"We've had a great relationship with the brand for three years and to be appointed to a digital account of that size as an independent was a great achievement," Crook says.

Havas, Kia and Innocean, Kia's in-house agency, have all been approached for comment.