Adland is running at the 457 visa replacement 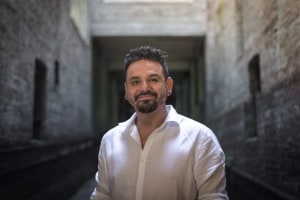 Agencies are set to rush towards the new visas designed specifically for the advertising industry, with some seeing them as a chance to recruit diverse talent and potential leaders.

The agreement replaces the abolished 457 visas, which many lamented left gaps in the industry.

Agencies can only use the new visas for roles that can’t be filled by local Australian talent and that have a minimum salary of $80,000. Visas are also limited to 300 a year for the industry and employers must also maintain a 75% workforce.

While it will take severals months until applications are processed, businesses AdNews spoke with overwhelmingly welcomed the new agreement.

M&C Saatchi
M&C Saatchi general manager Nathalie Brady says it was “critical” for the Comms Council and the MFA to advocate for the new visas and says the agency will begin using them as soon as possible.

“With the limited number of AILA visas we will have access to, we will give priority to key ‘hard to fill’ roles in certain aspects of our business and senior roles, offering them a longer-term career trajectory in our business,” Brady says.

“It will also allow us to tap into non-ANZAC candidates in more mature markets like the US, UK and the Netherlands, across creative, strategy, data and general management.”

While Brady says there is plenty of talent across Australia, it still lacks some depth in niche areas.

“There is also a scarcity of talent across the middle levels with the pull of overseas experience in the UK and the US.”

“Given the minimum salary requirement, these will only be used for director-level roles and above for ‘exceptional’ overseas talent, or exceptional current talent on short-term visas currently working within the business,” says Lisa Gray, head of talent, human resources.

“The aim is for these exceptional talents to stay on long-term as potential future leaders.

“The plan will be communicated internally once the MFA determines what the allocation for Mediabrands Australia will be.”

Leo Burnett
Leo Burnett says the agency, which had been part of the conversation with the Comms Council that led to the initiative, also plans on using them.

“Some of the finer details are still to be confirmed as to how the visas will be distributed,” says head of talent management Sarah Palmer.

“However, we’re super keen to utilise these for some of the specialist roles we find more difficult to fill. For example, CX specialists, technology leadership roles, etc…”

“That is, unless we continually seek diverse opinion and insight, creative teams can blend audiences and work together to suit shallow trends.

“As an example, given our proximity to Asia there are a plethora of perspective that could provide new solutions to existing challenges.

“These aren't always as straightforward as similar categories in other markets, but rather different approaches from audiences based on cultural differences - for example, banking and insurance have some stark differences in Hong Kong compared to Australia.

“On the surface they may seem similar, but the way those propositions were developed came from different needs and wants. This diversity of opinion can only add value, and test our agency norms. Good all round if you ask me.”