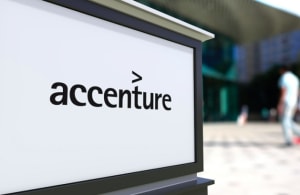 Accenture has spent more money acquiring media and creative agencies than any of the holding companies this year, according to Q3 analysis by R3.

It is the first time a consultancy has been more aggressive in the marketing industry than traditional holding companies since R3 began tracking agency moves and indicates the growing trend of consultancies muscling into traditional advertising services.

Accenture, which ha bought nine businesses including The Monkeys and Maud in Australia, is estimated to have spent $690 million on M&As this year.

This is more than the $622 million spent by WPP and Dentsu Aegis Network's (DAN) $543 million investment, although WPP has been the busiest holding group with 28 acquisitions followed by DAN with 18.

In Asia-Pacific, DAN has been the busiest holding group, acquiring eight businesses with a deal value of $152 million.

MediaCom's global win list includes the Victorian Government account it recently won from Dentsu Mitchell. MediaCom is followed by Vizeum and Mindshare. McCann's pitch wins include the US Army and Vauxhall Motors.